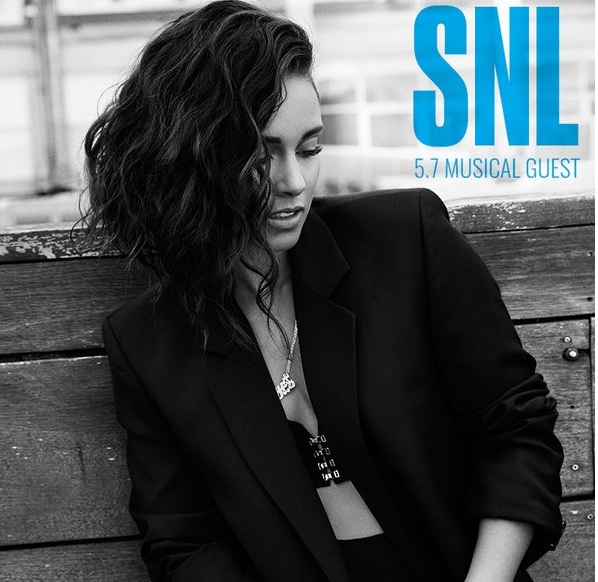 The “Girl On Fire” singer Alicia Keys is back on scene.

Swizz Beatz wife Alicia Keys is preparing her return with a “Saturday Night Live” performance on May 7tg, 2016.

Alicia Keys just announced that she has been working hard and had new music coming up soon.

Alicia Keys took a break after giving birth to her second child. She kind if retires from the public scene. One of her rare appearance last year war TIDAL launcheon.

Alicia Keys just creates a Snapchat Account, AKStreetGoddess. That where she announces her comeback.

I’ve been dying to share some news with you for awhile.
You’ve been asking and asking and it’s finally real. That’s right. I have new music to share with you and I’m gonna be performing in the next couple of weeks.

Alicia Keys is the musical guest of the   “Saturday Night Live” on May 7. She will present what she has been working on lately.

I’ll be performing my new music in my city, my hometown city, the best city in the world to me…on an iconic New York stage.

That’s what she added to conclude her message. Alicia Keys new project mat include the producer and artist  Pharrell Williams. She has been working with Pharrell and her husband Swizz Beatz in the studio.