It celebrates talents in the theater industry for those who are famous including the famous Broadway Theatre.

The 73rd ceremony of the Tony Awards held this weekend and was hosted by James Corden for the second time; the Tony Awards took place at the Radio City Music Hall, New York City and broadcasted on CBS network. 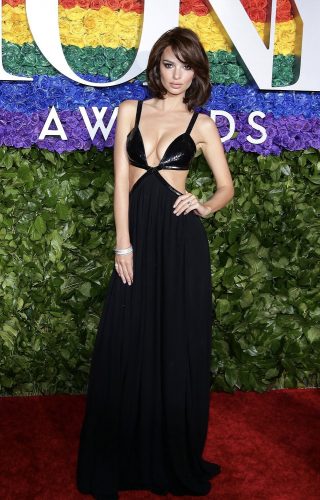 Victoria’s Secret model and Gone Girl actress Emily Ratajkowski wearing a revealing black dress for the occasion. She wore a bob haircut and smockey eyes to complete her look. 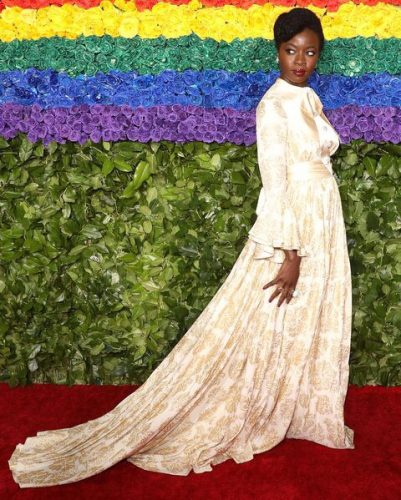 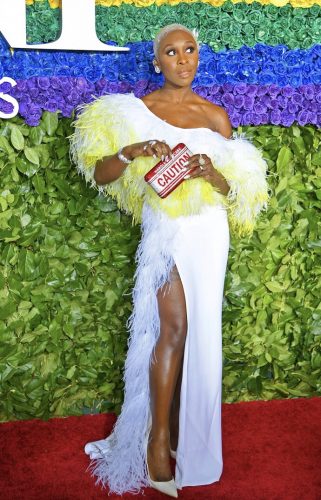 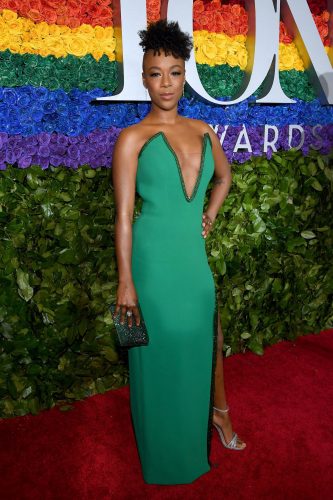 Actress Samira Wiley in green strapless dress with side split designed by Pamela Roland. She completed her look with a green sparkling clutch and silver heels. 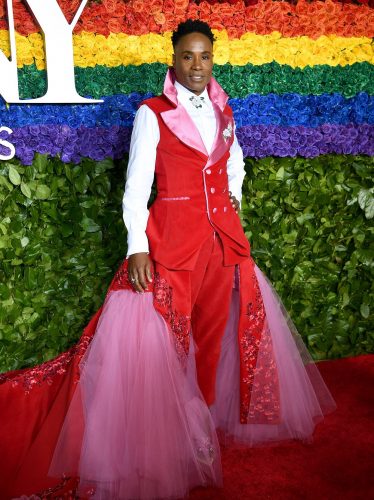 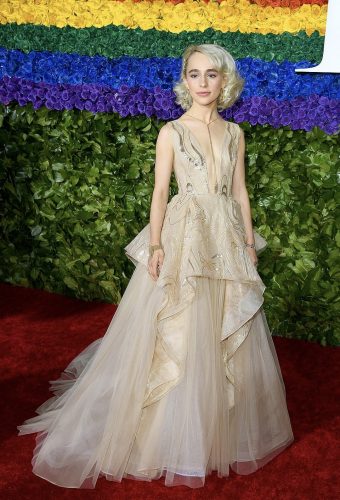 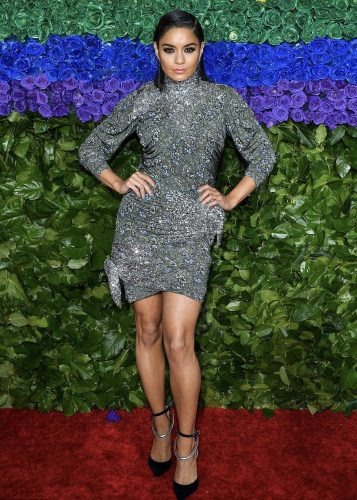 Vanessa Hudgens gorgeous in a silver metallic dress designed by Altuzarra at the Tony Awards 2019. 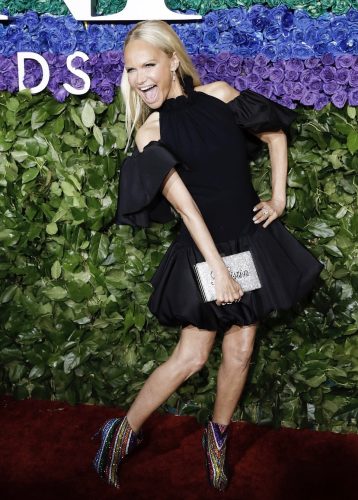 Actress Rachel Brosnahan sparkling in a beautiful cream dress for the Tiny Awards. 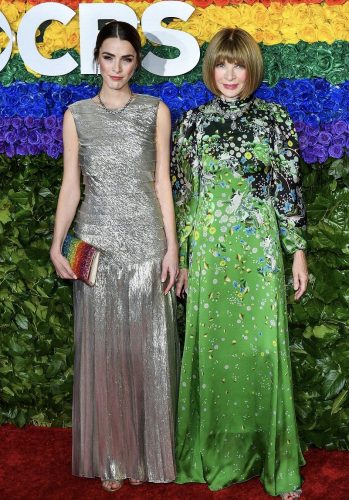 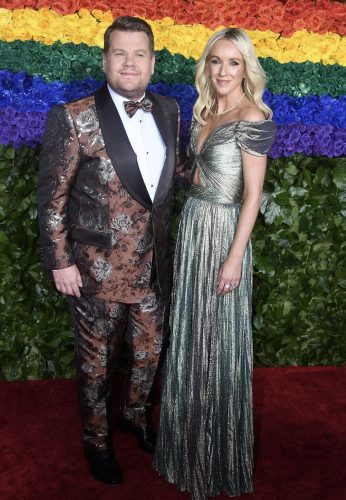 Host of the night James Corden hit the red carpet with his wife Julia Carey. 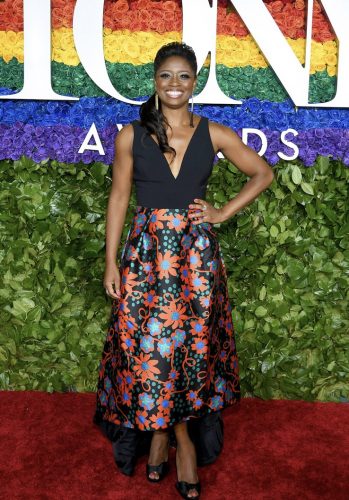 Montego Glover wearing an evening dress composed of black top and floral skirt with Prada black heels. The outfit is designed by The IA Couture. 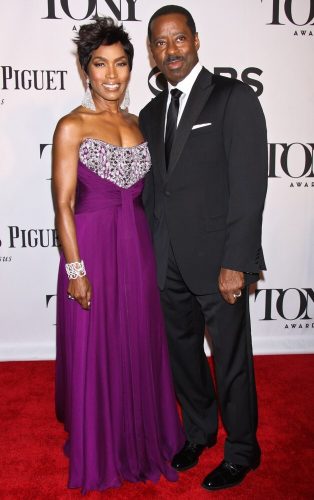 Blank Panther actress Angela Bassett had her diva moment in their dress at the Tony Awards in 2013. She was wearing a purple maxi dress for the event. 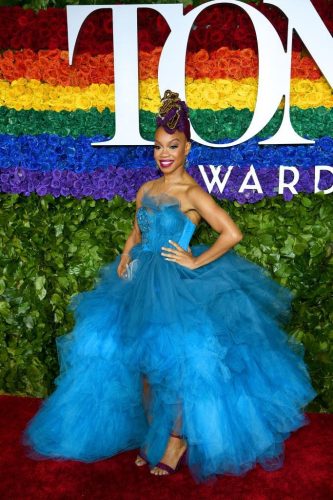 2019 Tony Awards nominee Camille A. Brown stunning in ruffled blue gown for the event. Hair on point as usual. 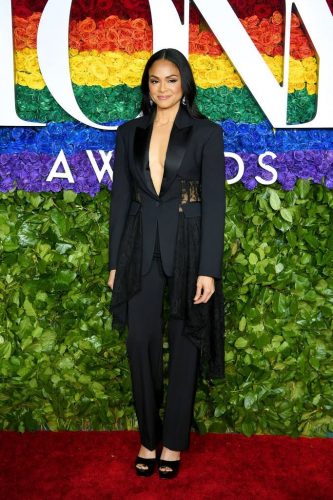 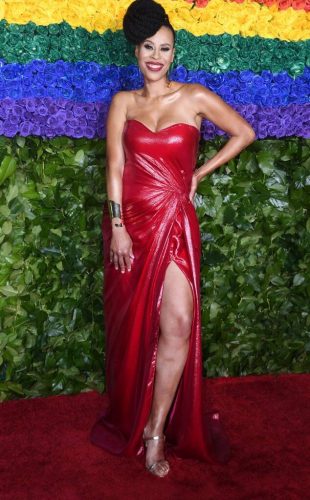 Dominique Morisseau in red dress at the Tony Awards 2019. 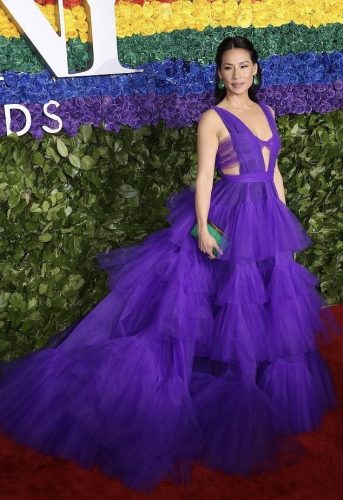