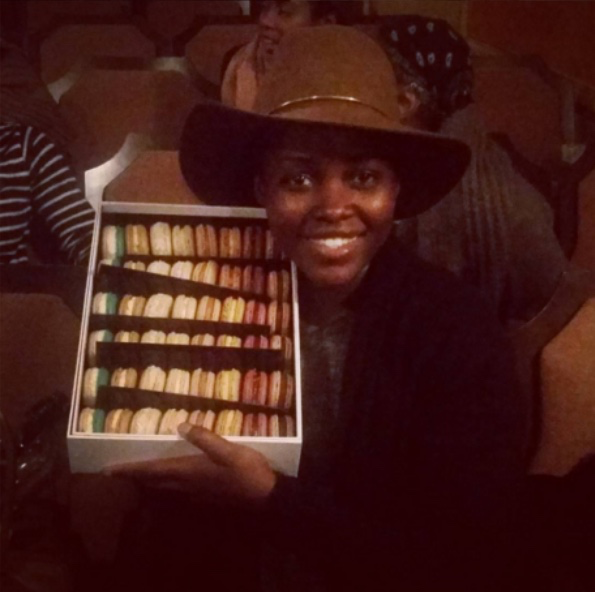 She just started her theater role in Broadway. She’s acting in “Eclipsed”.

Lupita Nyong’o started her acting in Broadway on February 23rd, 2016. That’s where she celebrated her birthday on March 1st, 2016.

Lupita Nyong’o is busy with her theater in Broadway’s “Eclipsed”. She is the leading actress.

She didn’t mind taking a break to celebrate her bitthday.

The cast of “Eclipsed” offered her a box of french macarons for her birthday. She then posted the picture (on top of this post) with th following message:

Birthday celebration at the theater. Thank you @eclipsedbway cast and crew for making merry with one of my favorite things.

And thank you to my entire online community for the messages and tributes.