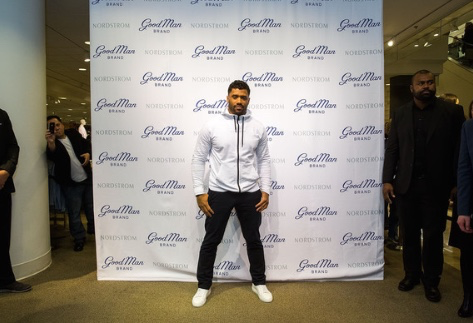 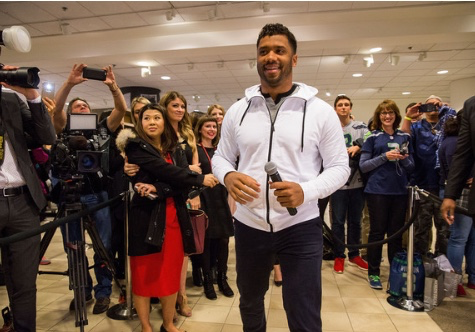 Atlanta singer Ciara’s boyfriend Russell Wilson is launching a clothing line for the good cause.

Russell Wilson is a devoted man. He is visiting children at hospital, he is helping good cause in a charitable way.

Russell Wilson is also giving back to the community whenever he can.

He is dating R&B singer Ciara. And he said that he will wait until they get married to sleep with her.

Russell Wilson just launched a clothing line. At 27 years old. Russell Wilson is becoming an entrepreneur and is starting to build what we call an empire.

He made his first steps in the fashion industry with this clothing line. He just launched a new men collection called Good Man Brand.

For those who like casual clothes, this can be yours, this new clothing line may suit you.
Ciara tweeted about her man fashion line:

Proud Of My Baby and His Successful Launch Of @GoodManBrand. #GoodManBrand #Nordstroms.

Russell Wilson launched his clothing line at Nordstrom. Later, he gotengaged in a topic about “being a good man”. He hit the streets of Seattle to ask women questions about being a good man and makes a good man to them.