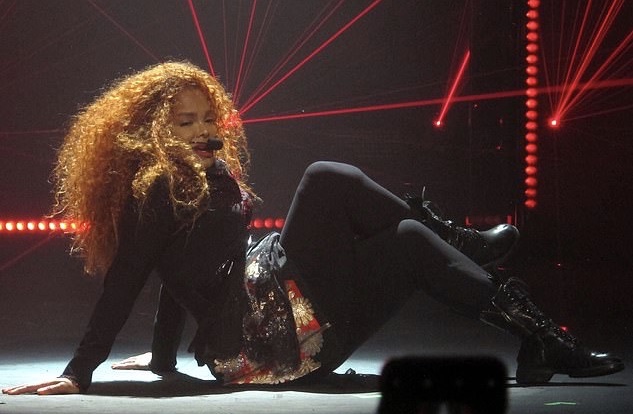 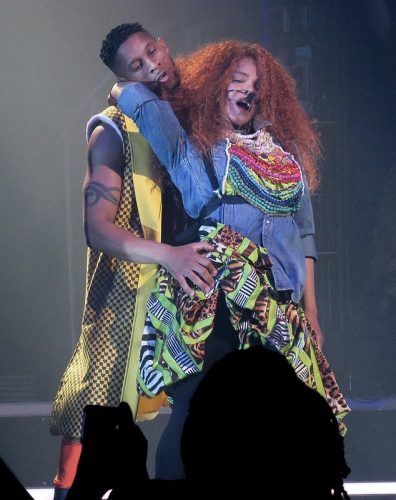 Janet Jackson hit the stage and revealed that she still has her groove on. She stills knows how to dance, put the great energy and fire for the crowd and the fans. This week celebrates the thirtieth anniversary of Rythm Nation, her first album. She counts 11 albums and has won many Awards including Grammy Awards. 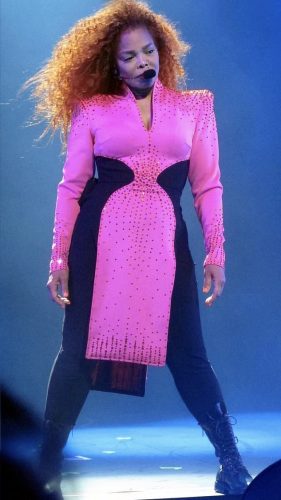 Janet Jackson was kind of retired from music business when she was in a relationship with her ex-husband.

She was not performing anymore. The. She got pregnant and was so into the maternity life. Then things got worst with her now ex husband and she decided to quit him and leave the United Kingdom.

Janet Jackson decided to move back to United State with her son. Then she decided she wanted music to be part of her life again.

Now Janet Jackson is enjoying her wonderful wife as a single mom. 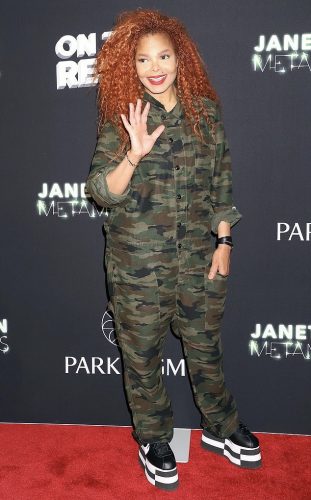 Recently it was announced that Janet Jackson was to landing a three months residency in Vegas for 15 shows altogether.

If you’re a Janet’s fans and love to see her in her favorite black PVC costumes doing her Janet Jackson’s moves, you should go see one of her shows in Vegas.

Janet Jackson is singing and dancing for more than thirty years now. She is a great entertainer. 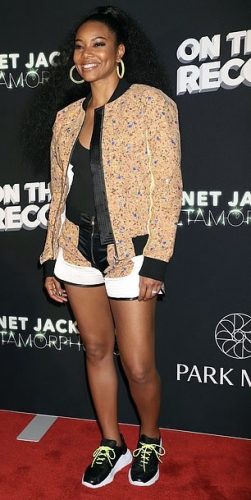 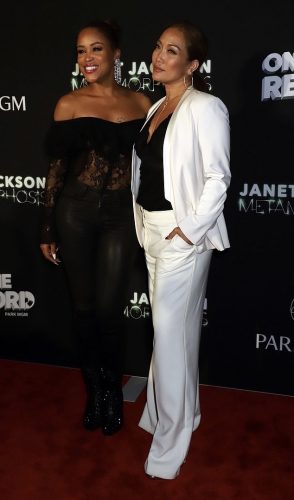 Also spotted on the premises were Eve and Queen Latifah.

The girls were there to support.