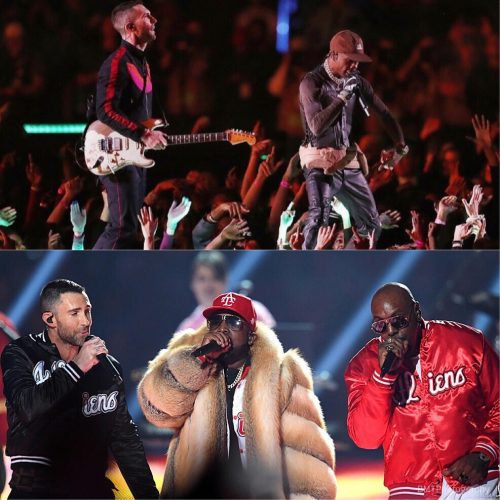 Maroon 5 did a great performance during the halftime of the Super Bowl LIII.

The rock band was excited and had the crowd singing and saving all over. Even if it was not the taste of everybody it was a great show. 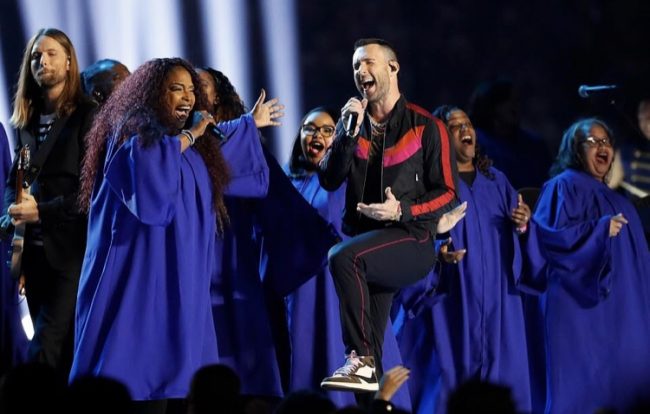 Maroon 5 accepted to perform during the halftime break. They were accompanied by rapper Travis Scott who came just after their BobSponge moment. Travis Scott arrived with flames all over the place and performed his song Sicko Mode. Then OutKast rapper Big Boi came out to perform this song The Way You Move.

The show wasn’t powerful enough for the public, Rock singer Adam Levine decided to add some spices by removing his clothes on stage to finish topless and flashing his torso and all of the tattoos he has on his chest and his back. Some people are criticizing him. For showing off his chest, comparing this with Janet Jackson nipple gate back in 2014 when she performed with Justin Timberlake.

Adam Levine proves that he is the leader of the rock band. The group performed their top hits: Girls Like You featuring Cardi B who declined the invitation, What Lovers Do featuring SZA also absent. 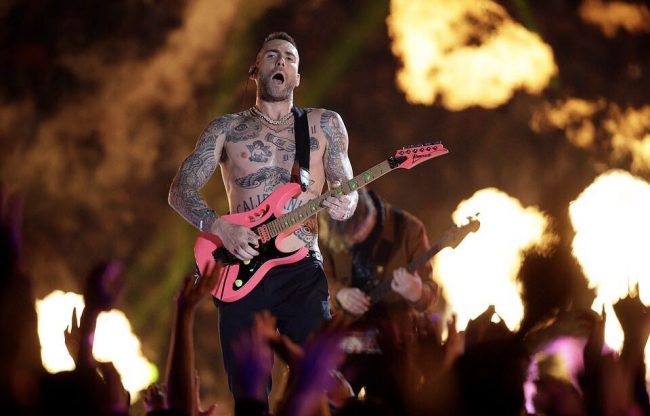 Maroon 5 also performed their debut song from Songs About Jane album and other favorite songs like Harder to Breathe and This Love. A short clip of the cartoon SpongeBob was diffused while the group performed Sweet Victory. 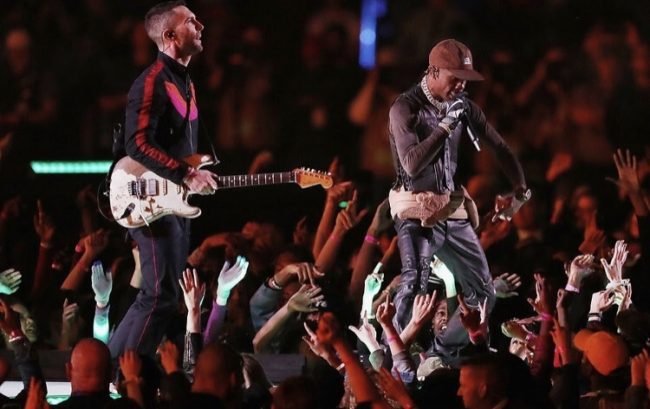 Then came Travis Scott, the father of Kylie Jenner baby girl. As he was cursing a lot and the show was a prime time event broadcasted, most of his performance was hashed and blipped. Meaning we couldn’t even know what he was saying. He definitely should have adapted his performance for the event. 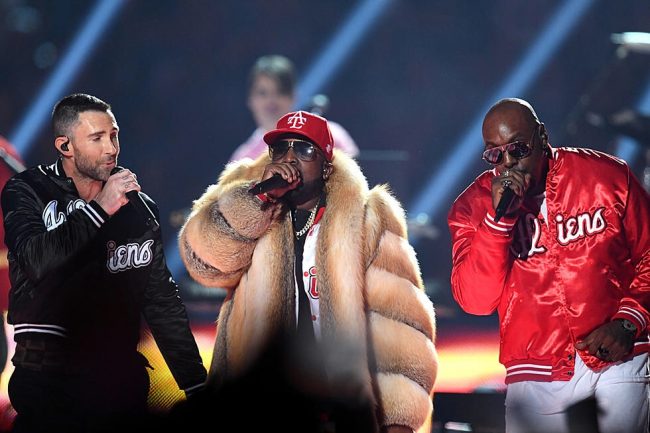 Big Boi was there too. He came after Travis Scott. Andre 3000 was rumored to join him on stage. It would have been great, really great to see them two, to see OutKast reunite for the halftime show. But he was seen nowhere there. Do Big Boi took no risk and performed The Way You Move. Of course this is a song with no cursing, for all public per say.

And the end of the show, everyone is talking about Adam Levine showing his chest versus Janet Jackson and her nip slip. 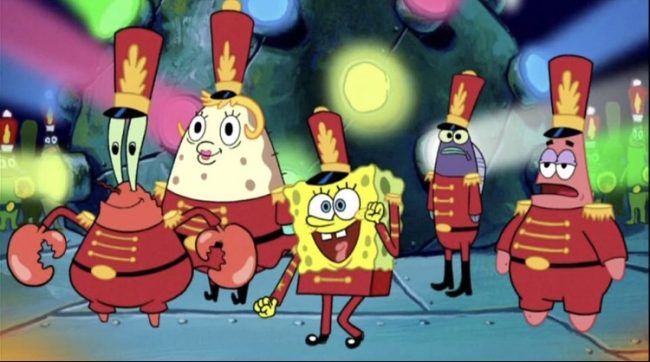 The good part of this show is the SongeBob appearance on stage. And the homage Maroon 5 did to

They didn’t boycott the show like other did in solidarity with San Francisco 49ers quarterback Colin Kaepernick but they raise money for Big Brothers Big Sisters of America. Travis Scott is making the same contribution.

I’m still wondering what was the important Adam Levine wanted to share during this halftime performance show.