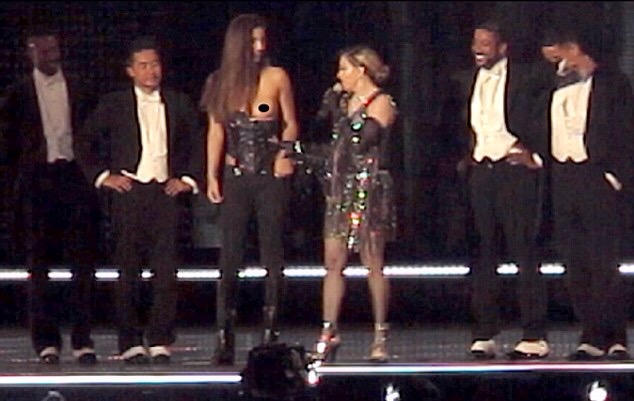 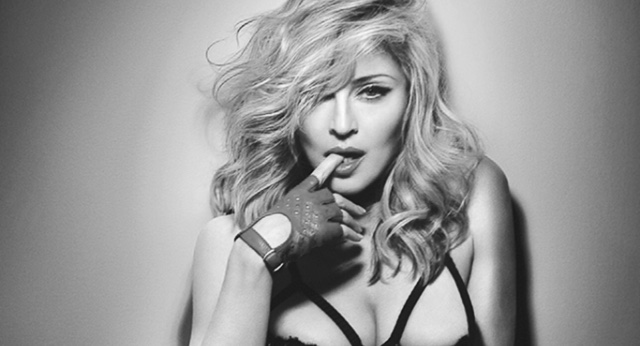 She likes to do trash things. There she was once again.

The singer Madonna was on stage yesterday. During her performance in Australia, she invited a female fan to come up on stage.

Instead of singing with her, Madonna pulled down the female fan’s corset top. She, then, exposed the breast’s woman  in front of thousands of fans.

Her gesture is considered indecent in Australia. Ans she can be in trouble because her gesture is an assault in Auatralia  but the woman didn’t complain.

Madonna is on a world tour right now. She ia being criticized by her fans for lip-syncing and accused of being drunk on stage. She is also acting crazy. Last time on stage, at the beginning of her show, She started one of her choreography by saying on the mic:

Someone please f*** me

At the same time, Madonna took one fan and started swigging from a fan’s hip flask.

In her private life, Madonna is fighting for the custody of her son of 15 years old, Rocco. She had Rocco with her ex-husband Guy Ritchie.
The singer shocked fans once again on Thursday night when she invited the female concertgoer to join her on stage before exposing her breast in front of the crowd in Brisbane, Australia.
The brunette stood open-mouthed as the 57-year-old pop icon described her as ‘the kind of girl you just want to slap on the a**’, before adding: ‘Oh s**t. Oh sorry, sexual harassment.’
While Australian law deems it a crime to touch someone indecently without their consent, the Queensland police have told Daily Mail Australia no complaint has been lodged.