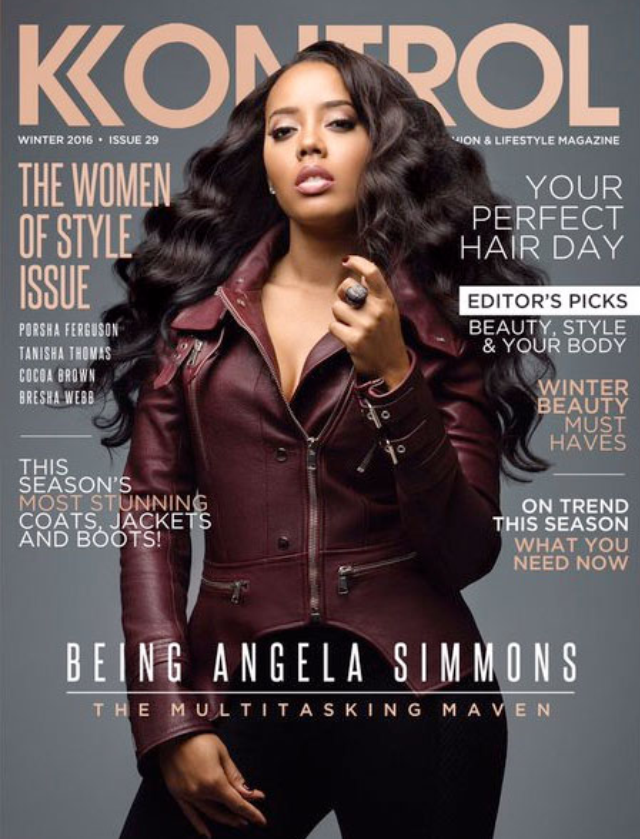 The daughter of Rev Simmons, Angela Simmons is the new cover of Kontrol Magazine.

Angela Simmons is a fashionista lady. She ‘s on point when it comes to fashion. She is a young entrepreneur. She has started an empire and continue to harden it. We must say that she’s following her dad Rev. Run’s steps.

For the new edition, Angela Simmons is looking fabulous.

Angela Smmons has her own Pastry Footwear line. She made her line in collaboration with her sister Vanessa Simmons. She used to run her own magazine Angela’s Rundown.

This time, Angela Simmons is make big moves. She will star and produce her own reality TV show called “Growing Up Hip Hop”.

The show will reveal Angela Simmons life, how she manages everything with control. Fans will also see who she is dating.