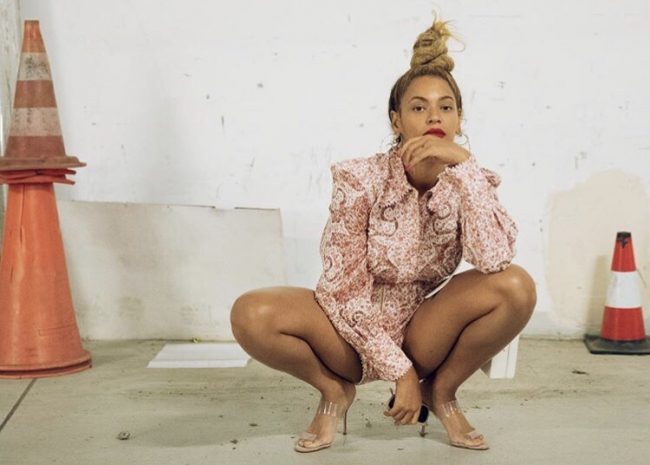 The Carter is paying homage to Africa. And this is really enviable. The only thing missing to make it perfect would have a stop in Africa in couple of cities.

It’s understandable that they need a huge security checkpoint like they have in other continents. But why not give it a try.

Jay Z tour in Africa was cancelled couple of years ago. He was also cancelled in China. We can understand that the two of them didn’t want to take chance.

Beyoncé performed in Africa more than a decade ago with Destiny’s Child. Since that performance in South Africa l, African didn’t have the pleasure on stage. The tickets as much expensive as they are in Europe and America but that didn’t stop the fans.

African fans of the couple want them to perform there. As they are some time making real statement with Africa culture and inspiration likes the cover of their OTRII.

The cover pays homage to the Senegalese movie Touki Bouki. From the Source recent tweet, we can see the resemblance. 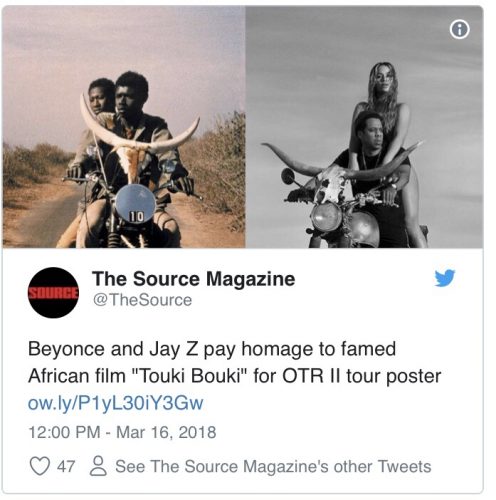 Beyoncé and Jay Z are highlighting the lack of people of color in Museum like le Musée du Louvre were they recently did their last video music from new album titled Everything is Love.

In the meantime, if you are living in Africa and traveling this summer and fall, you can still catch Beyoncé and Jay Z in Europe and North America.