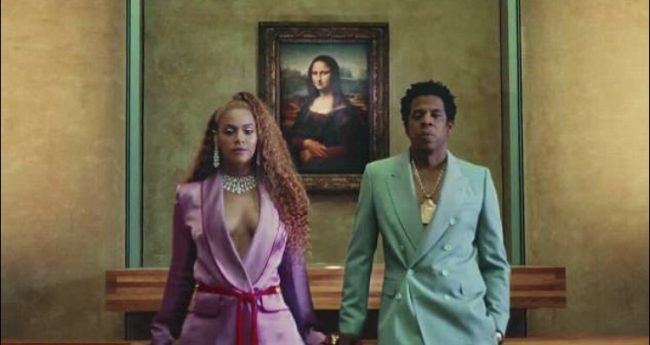 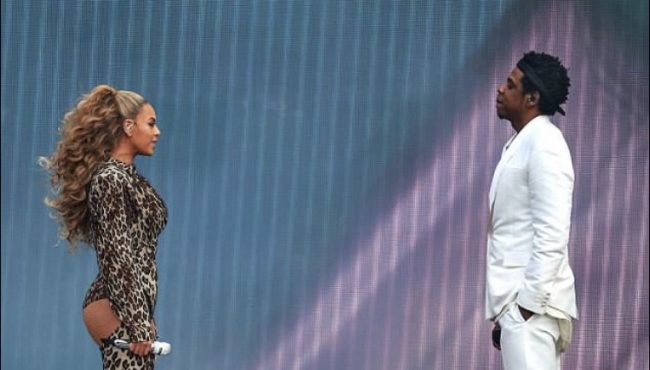 The Carters are doing it big.

They made their comeback together with the won On Run Tour 2.

Jay-Z and Beyoncé were performing on stage at London Stadium where they dropped the new album.

Beyoncé and Jay-Z just dropped out their new joint album while on tour in London at London Stadium.

The Carter couple Beyoncé and Jay-Z are on tour as you might know.

Beyoncé is doing it big with her special custom outfits and Jay-Z as well. They travelled with their daughter Blue Ivy their biggest fan.

During these past performances In The Run 2 tout, Beyoncé and Jay-Z are showing their love on stage. They are embracing , loving, caring, doing eye in the eye, kissing, holding each other and more couple things couple do.

Their album is kind of like a fairytale. Remember Beyoncé last album Lemonade back in 2016. Beyoncé was all about that Betty girl and her husband cheating affair.

2018 album, This time is all about love. Jay-Z and Beyoncé are showing a couple, in harmony. They did the video in Paris emblematic places like Le Louvre.

Beyoncé and Jay-Z concluded their London sequence this weekend. They 35 more dates to go including Paris and Seattle where they will end the tour.

The Carter couple will be celebrating the 14th of July, National Day in France, in Paris.

Check out some shots from the video and the OTRII London pics: