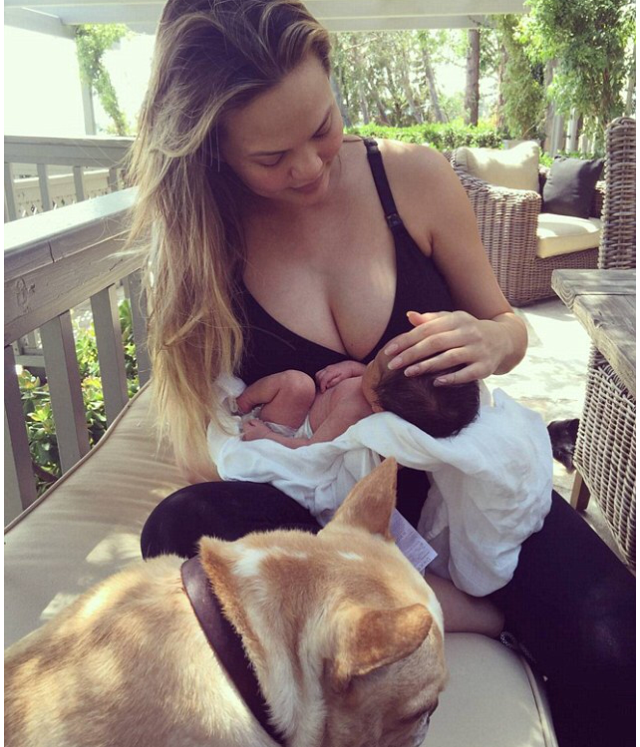 Couple of days ago, Chrissy Teigen shared the first look of her newborn on her social account. They named their ittle girl her Luna.  Chrissyis posing outdoors with Luna. They are sitting outside. She is carefully holding her daughter. She wasn’t wearing any  makeup. Her dog disn’t miss the chance to appear on the picture.

She captioned her picture with the following message:

At 30 years old, Chrissy Teigen was a beautiful and shining pregnant woman.

Chrissy and husband John Legend became parent of Luna last week, on  Thursday, April the 14th, 2016. They went public with the news on Sunday. Took time for themselves.

After eating their McDonald’s and Taco Bell meals, they shared a cake with a baby photo of John Legend on it. Then, they took a lot of pictures to share on their social media accounts.