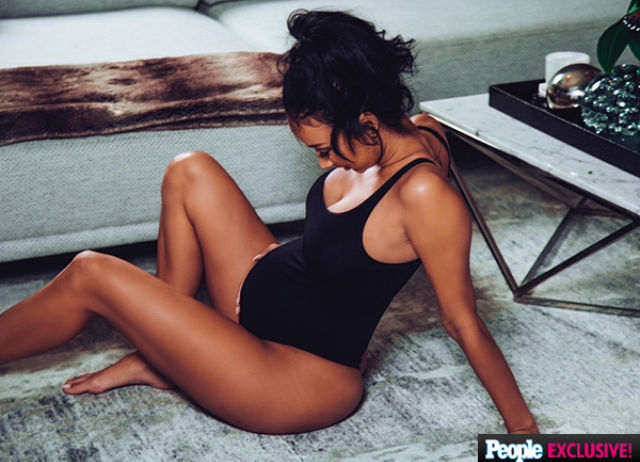 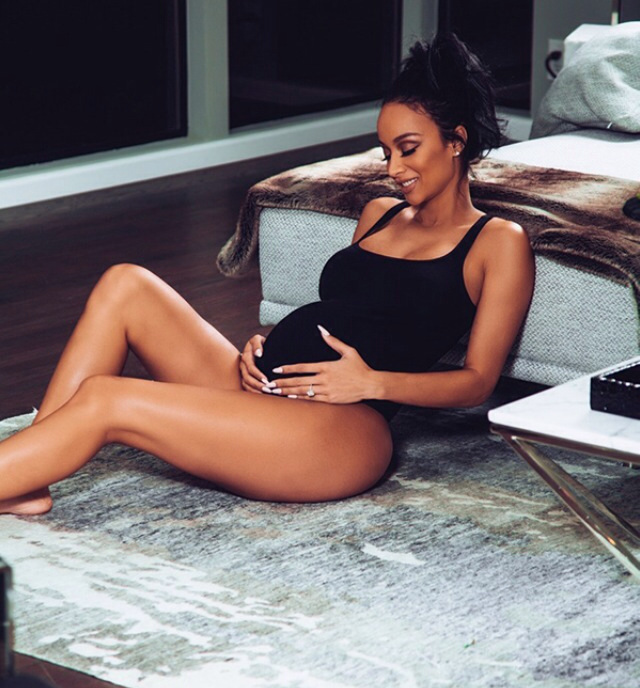 The reality starlet Draya Michele  is pregnant for te second time. She poses for People Magazine in a black swimsuit as she revealed her babybump to the world.

Draya Michele is in couple with Orlando Scandrick. They’re having their first kid together. Draya Michele told People Magazine that:

I’m not sure what made me decide to take a home pregnancy test, but I decided on taking two at the same time!

Draya Michele, 30, already have a teenager and her man Orlando, 28, is the dad of six years old twin daughters. The baby is expected in late April 2016.

They were both positive and I was instantly excited.

That was sudden news. Like Draya Michele told People Magazine:

We made an appointment to see the sex of the baby for 16 weeks, but surprisingly at 12 weeks, our doctor was able to see that he was a boy. Technology and ultrasound machines are much more advanced then 13 years ago when I had my first child.

Draya Michel has been raising her daughter as a single mother. She has been criticised for her behaviour by people even via the web because she was acting in a reality TV show and her life was like a wide opened book. That’s one reason which make her turn her back from the reality TV world. But it was only fr a short moment because Draya Michele will star in her own reality TV show.

Draya Michele also told People Magazine that there having a boy. She said:

We are preparing for a Taurus baby. He’ll be the first Taurus in our family of four Aquarius and one Capricorn (almost Aquarius)!

I wasn’t sick for longer than three weeks and I’ve been dieting and keeping up with cardio to keep my weight down. I really enjoy nap time since I’m still working full time.

Draya Michele admit she told her son about her pregnancy:

I just had to buckle down and tell him. I honestly felt really bad keeping it a secret from him so I made sure that he was one of the very first people that I told.

He’s excited to be a big brother and wants to teach him soccer.

Draya Michele does what every women do. She ‘s preparing her boy, even if he’s a teen, to be the big brother of a lil boy. She entering her third and final trimester. Draya Michele ist slowing things down. She’s doing things she usually do.

I plan on working on the 2016 summer collection of Mint Swim and I have a few movies premiering as well as a TV show. I’m a very busy lady and I love taking my bump to work with me.