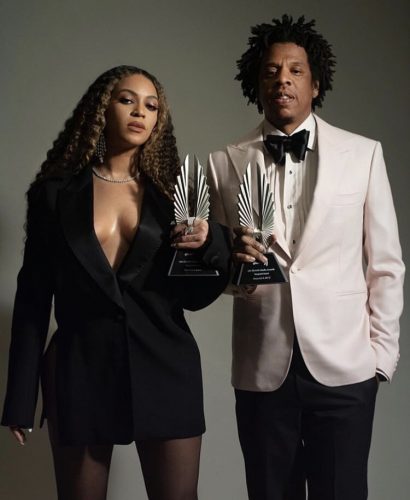 Beyoncé and Jay Z accepted the Vanguard Award at the 30th annual GLAAD Media Awards which was held at the Beverly Hilton hotel.

The GLAAD Media Award is an accolade bestowed by the GLAAD to recognize and honor various branches of the media for their outstanding representations of the lesbian, gay, bisexual and transgender community and the issues that affect their lives. 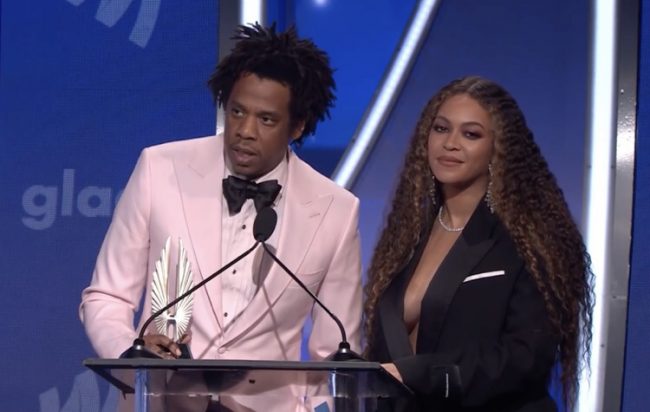 Beyoncé and Jay Z did not cross by the red carpet to be seen like most of the celebrities did. They went in from the back. 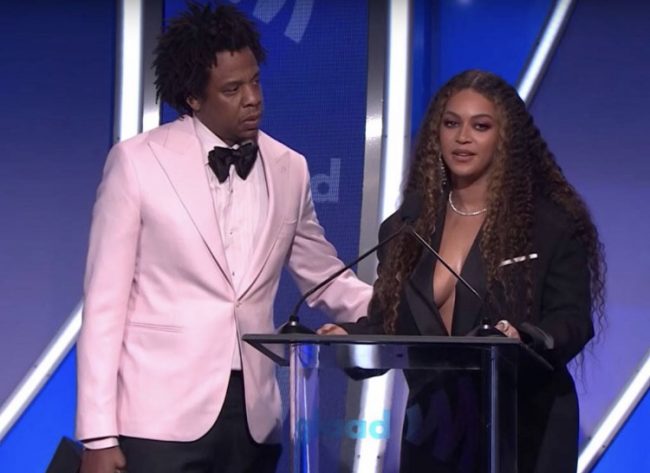 Beyoncé and Jay Z gave a speech when receiving their award. Beyoncé gave a strong-full message to the audience. She broke down in tears when she started talking about her late uncle Jonny who was homosexual. She said that her uncle died of illness related to AIDS. Husband standing by her side comforted her with a hand on her back while she was speaking. For Beyoncé this was a painful experience, one of the most painful experiences of her entire life.

Beyoncé said her uncle Jonny lived his truth and he was a brave man. She said he was unapologetic at a time when this country wasn’t as accepting.

She said Jonny was the most fabulous gay man she ever met. 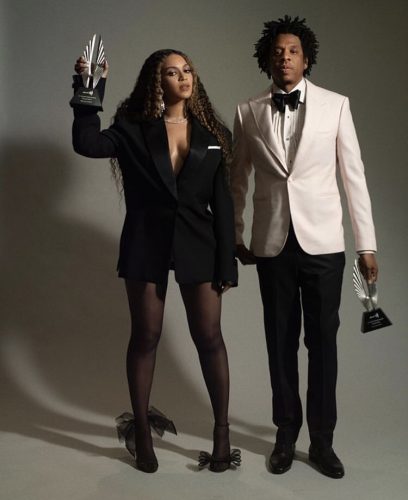 Beyoncé has always been supportive to the LGBT 🏳️‍🌈 community same as Jay Z. They are encouraging young to reveal themselves.

Jay Z is part of the rapper who think you can be a rapper and gay although this is something that was banned for many years like in other areas like sport and even work.

LGBT are stigmatized when they reveal themselves and trying to get into the hip hop business. It is really hard. 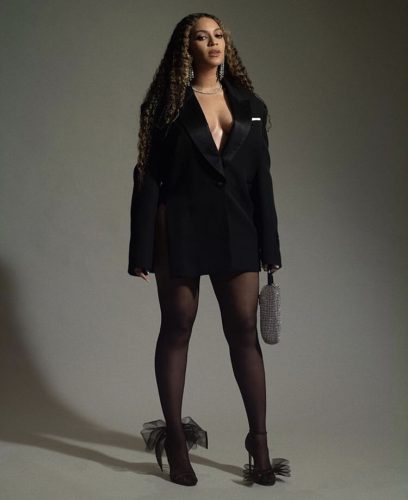 Jay Z and Beyoncé are considered. As LGBT allies and this is great for the hip hop industry and the black community.

Jay Z mother Gloria Carter has made her coming out revealing to her so. That she was a lesbian. This not something easy to say or to tell to your son. It’s something really private but you have to share to people you trust and people you’re close to because they’ll come close to your partner, to the person who will share your life on a daily basis.

Jay Z mother had four children. He revealed his mother coming out in a song called Smile. It is not easy but this robes that he loves his mom. He stands for his mom. Her mom can count on him and have his back. He is a devoted son.

Jay Z who first said he will stop rapping years ago was back on track.

He dropped the song Smile featuring his mother Gloria Carter in 2017. He paid homage to his mother:

Gloria Carter transforms from thespian to actual human being.

Gloria Carter also revealed how it was like living with hiding it, she had to hide that she was lesbian. She was glad to finally open to the world, she was glad to confess this publicly. She gave a strong full message:

Love who you love, because life isn’t guaranteed.

This is a great lesson to those who do not tolerated the differences of any kind.

As the Glaad Awards are fighting for the good cause, it was normal that the movie Bohemian Rhapsody’s nomination was withdrawn form the list which was out end of January. The movie was in roll in the Outstanding Film category and was out of the list after it was reported that the film director Bryan Singer is facing multiple sexual assault.

The movie director of Oscar nominated movie is accused of many misconduct and lawsuits sexual assault. He is accused of assaulting four underage boys.

The movie is about… Bohemian Rhapsody is a biopic of British rock act Queen.