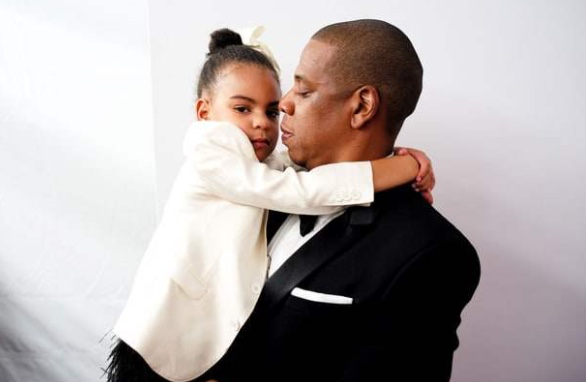 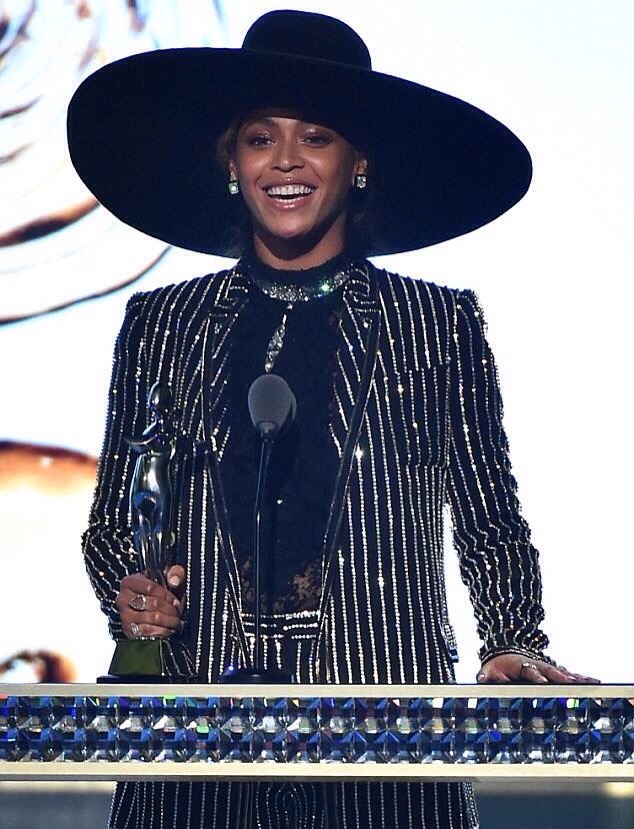 All Beyonce’s family was there to support her at the CFDA Awards 2016.

Beyonce was like the surprise of the night at the CFDA Awards as nobody knows she would attend the event or even receive the Fashion Icon Award. She follows Rihanna who received the same award two years ago. 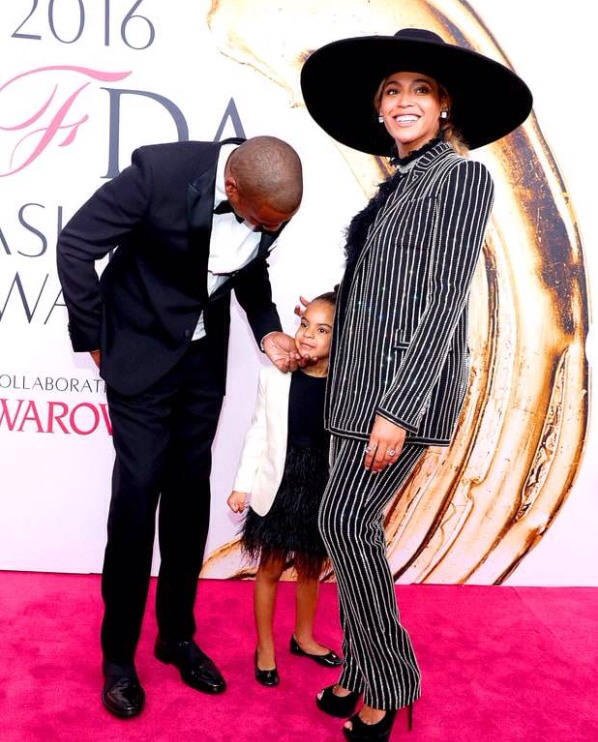 This CFDA awards 2016 was a family affair, the Carters were on the red carpet!
Beyonce wearing a Givenchy men’s collection stripes tuxedo with black sheer shirt. She had this big black hat and black Christian Louboutin pop toe high heels pumps. 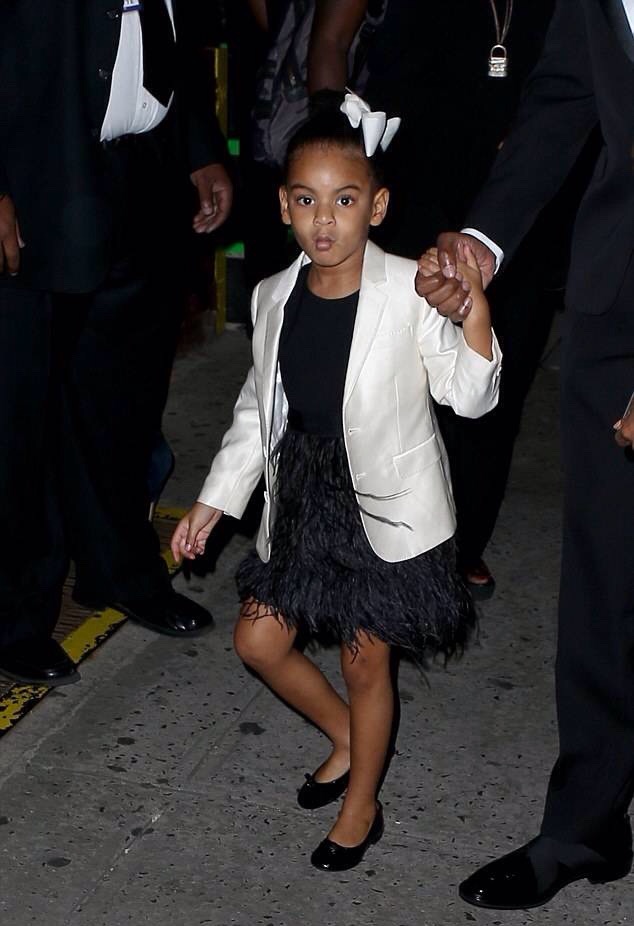 Blue Ivy was just sparkling as she headed to the ceremony with her dad Jay Z. 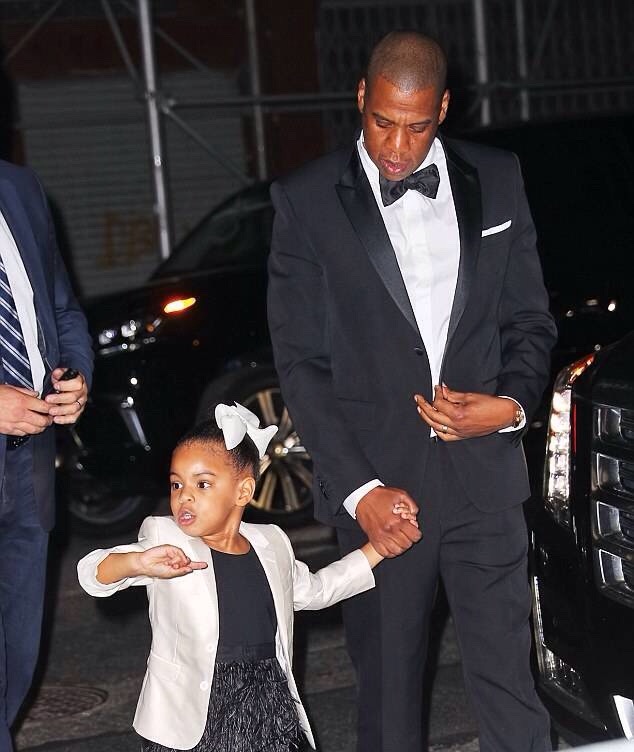 She wore a two part black dress with feathers. She completed her look with a white blazer, black shoes. 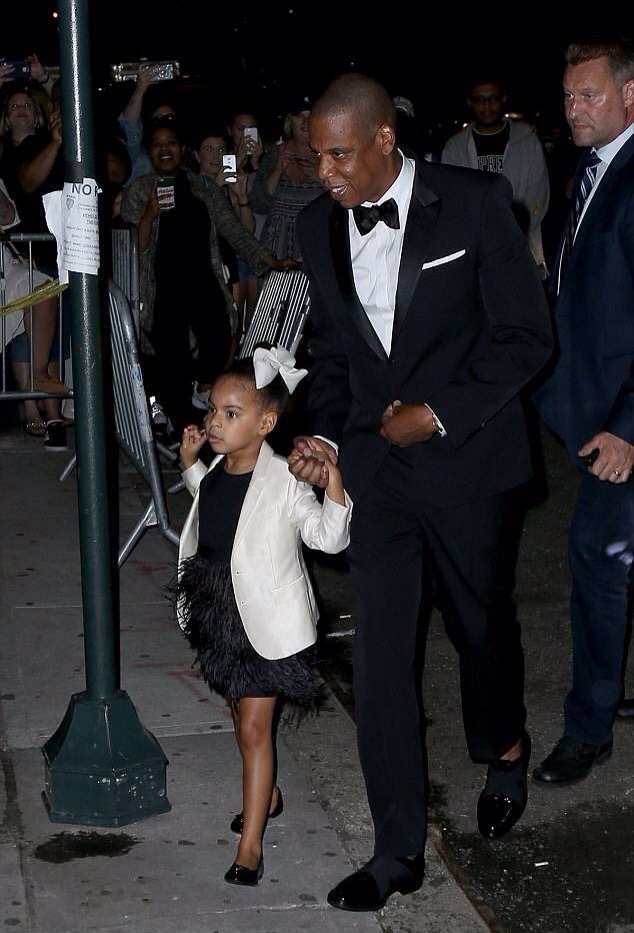 Daddy Jay Z was on point in somptuous tuxedo for the occasion. 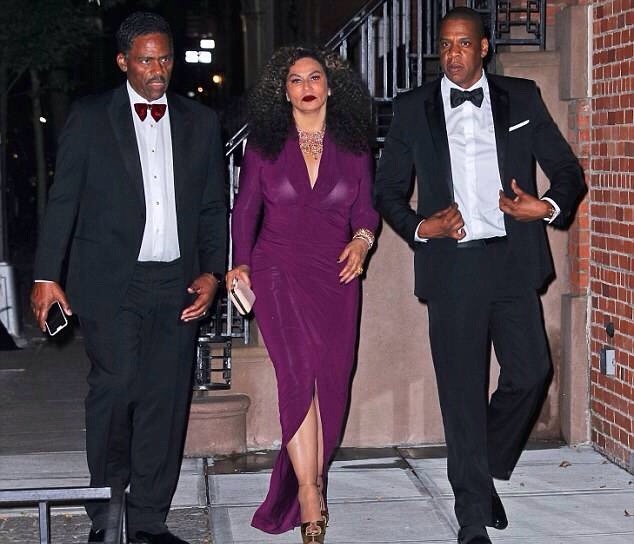 Beyonce’s mother Tina was also there with her husband. It was only Solange Knowles who was missing at the event.

Jay Z shared a moment with his mother in law and her husband. 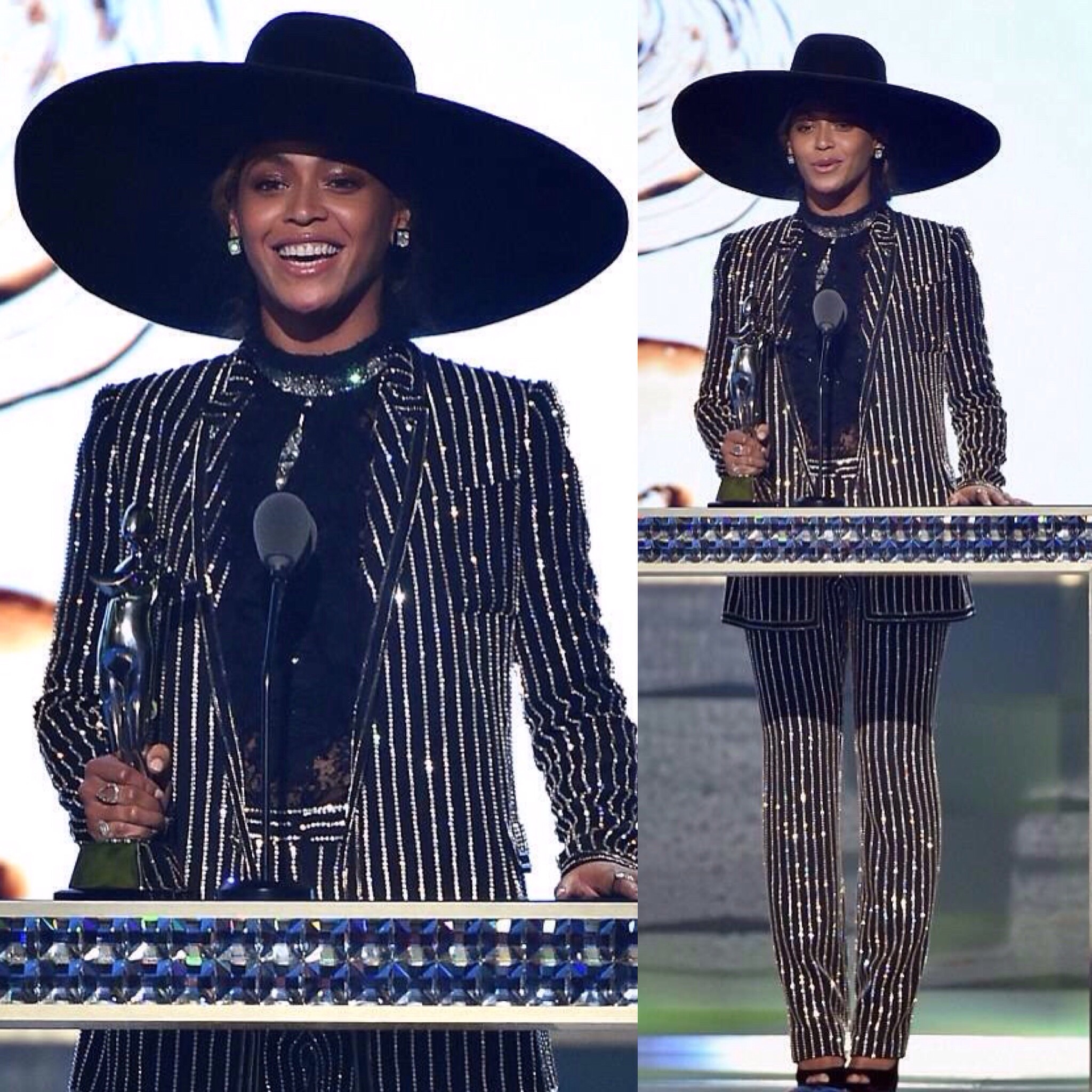 Beyonce looks radiant as she went on stage to receive her award. 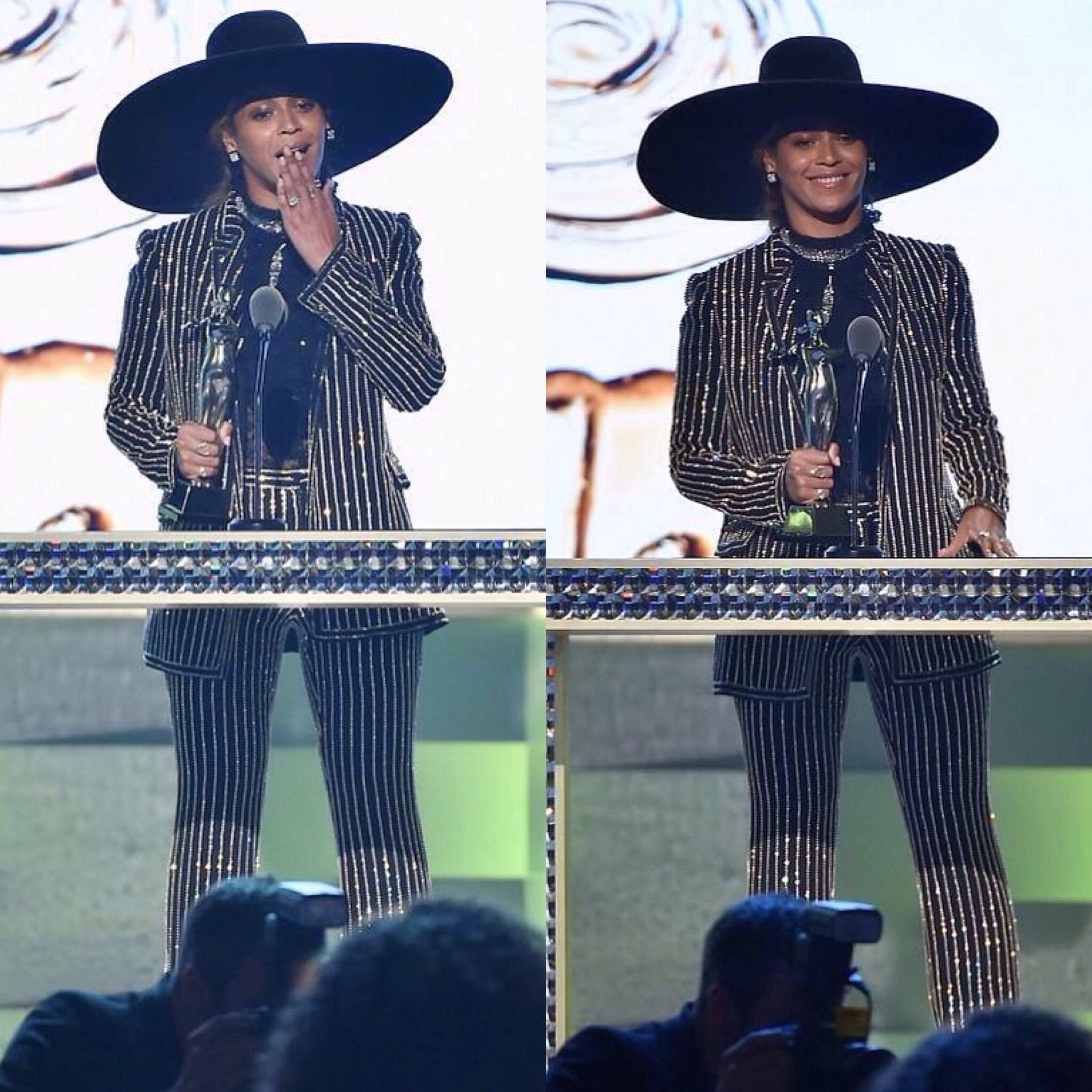