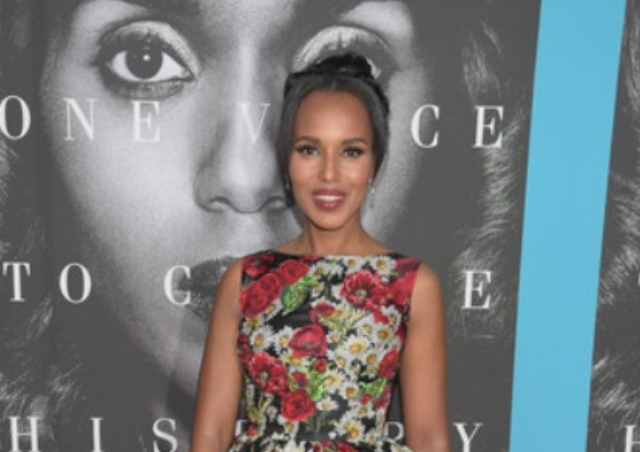 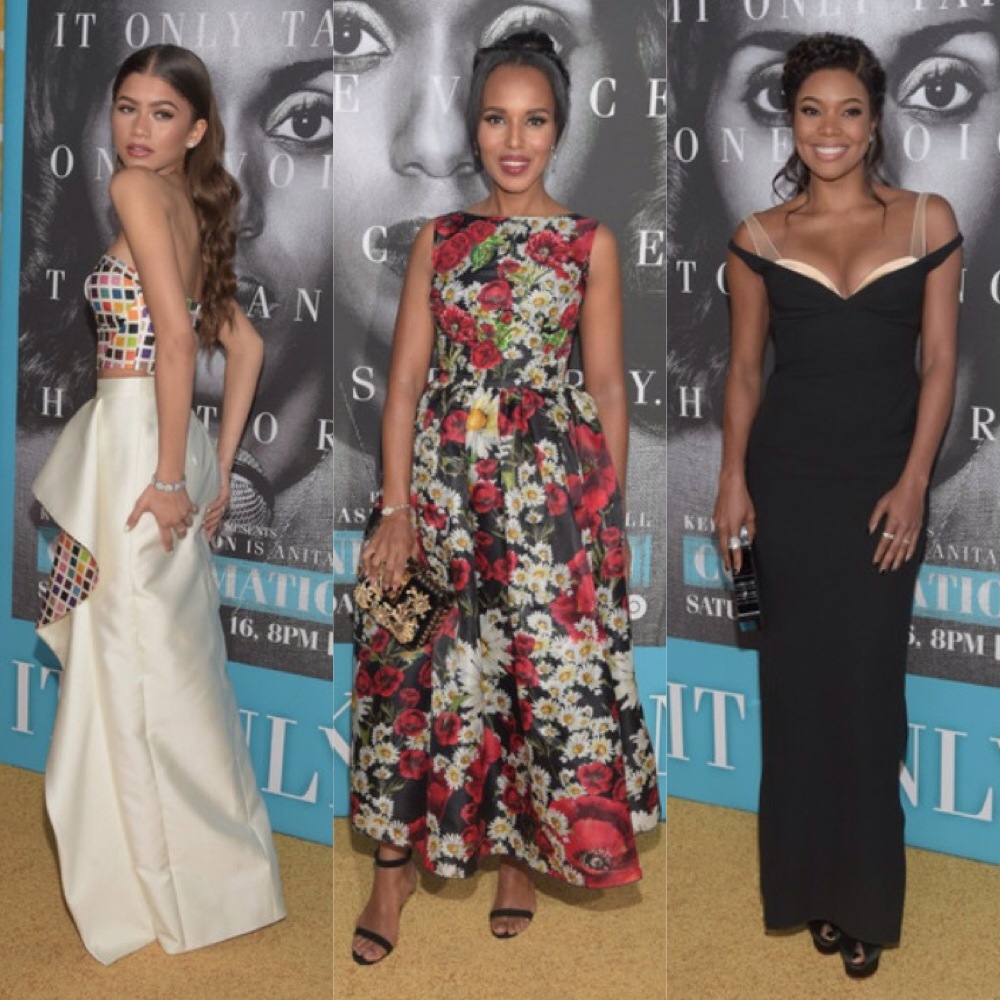 “Confirmation” is a TV movie produced for HBO. Confirmation airs on BO April 16th.  Check out the newest trailer below: 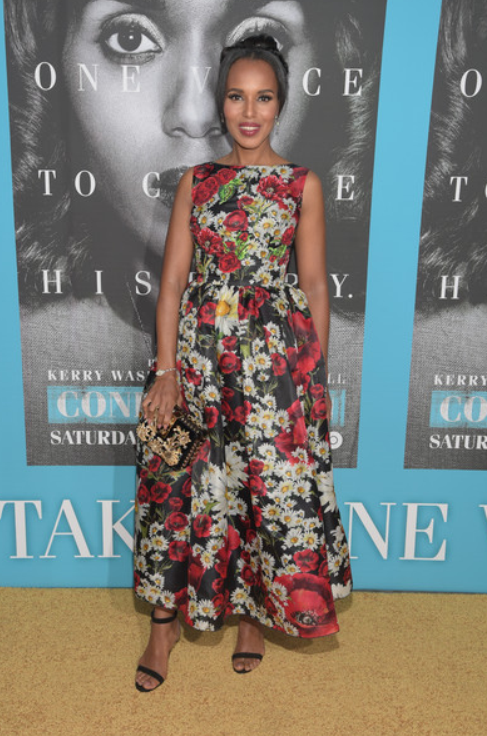 Kerry Washington played Anita Hill. She used to be a ringer. The movie premiere took place at the Paramount Theater on the Paramount Studios lot. 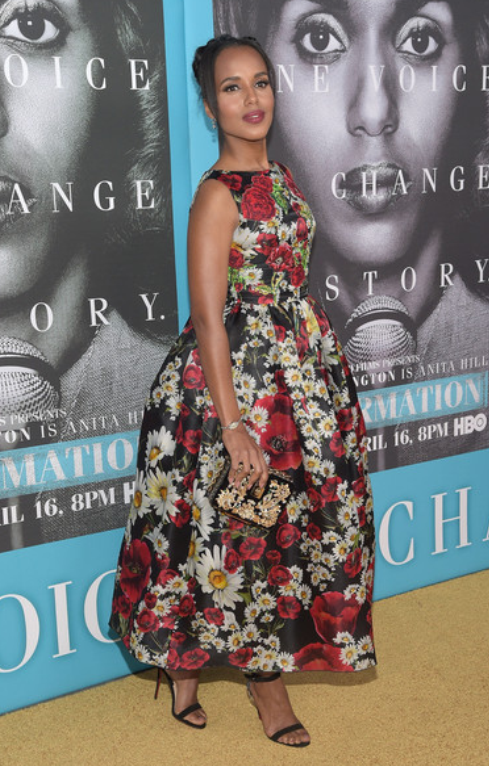 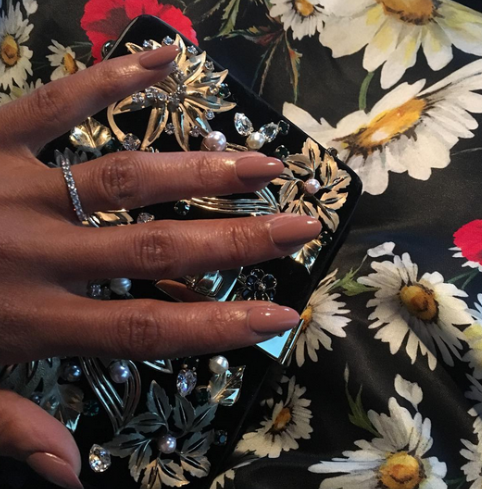 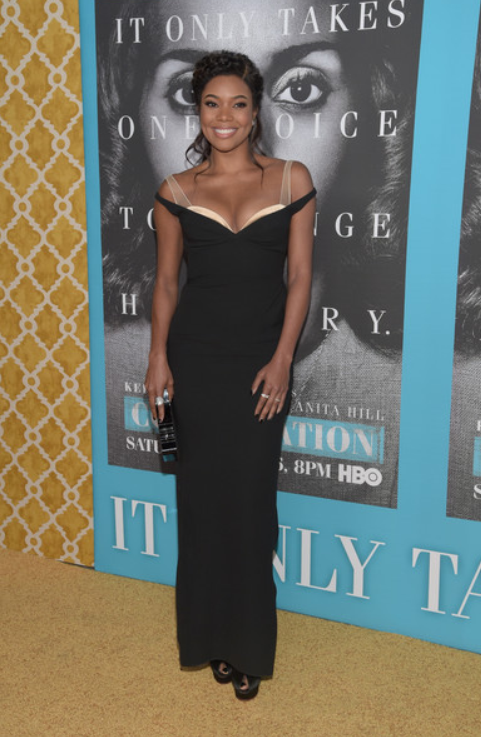 “Being Mary Jane” actress Gabrielle Union came at the “Confirmation” came to support Kerry Washington. She wore a black dress for the occasion and matching sandals. 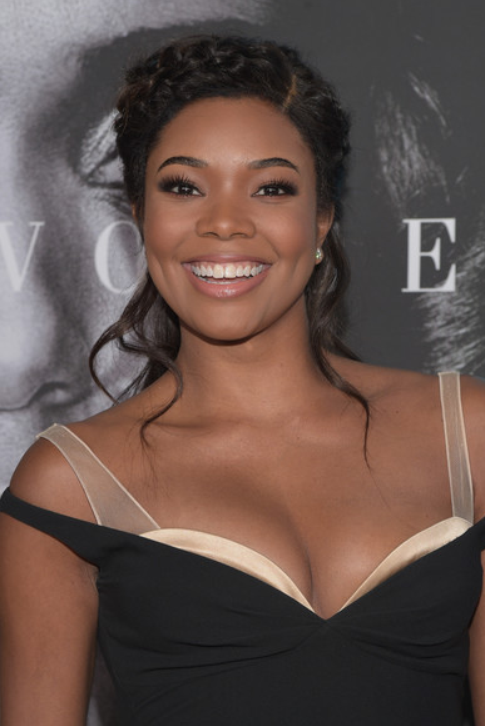 Gabrielle Uniln was looking naturà with her make up. She had njde lip gloss on her lips, front hait braided, mascara on and she did some darn eyebrows. Great make up! 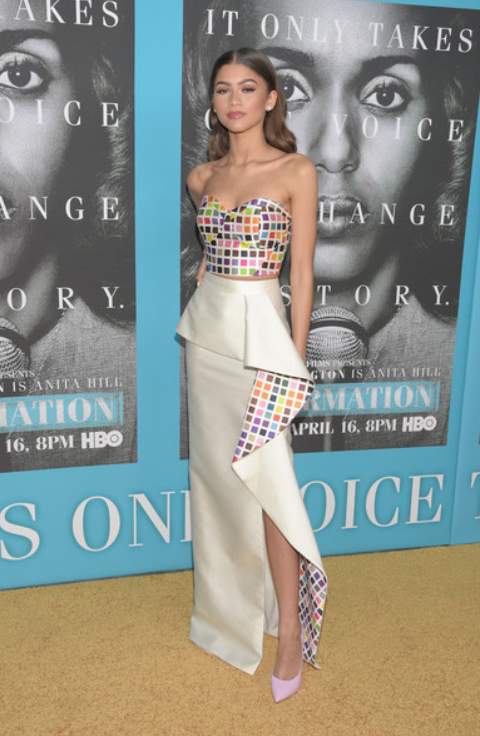 Actress and now singer Zendaya Coleman was looking like a top model. She had a beautiful off shoulder dress with prints on it. She finished her looh with pale pink pumps. 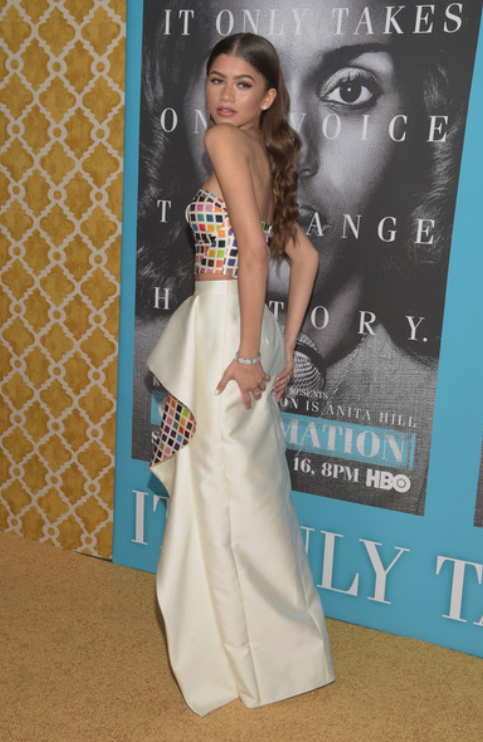 Zendaya poses like a model on the red carpet of the event. 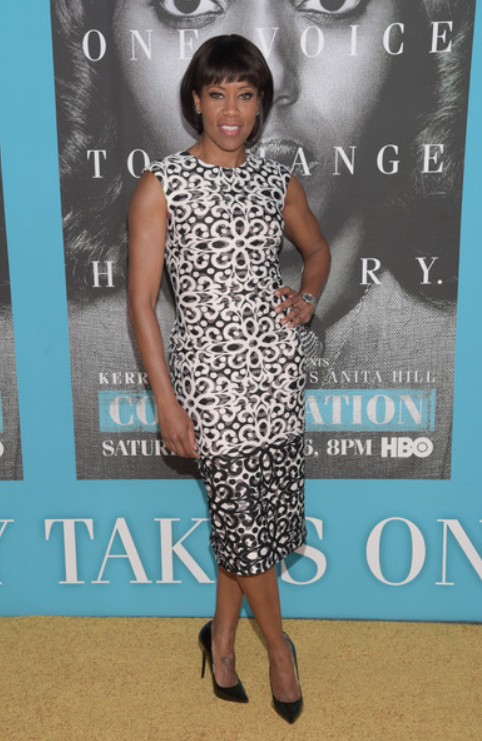 “Miss Congeniality” actress Regina King wore a a simple short dress. Her straight dress was black and white. She completed her look with black pumps. She adopted the bob hairstyle with nude makeup. Really nice!!!