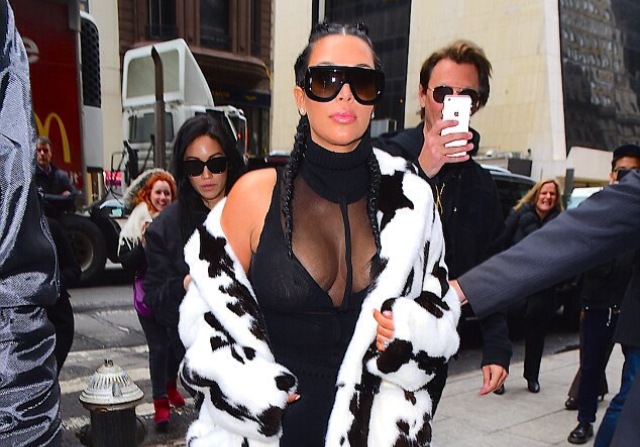 The reality TV starlet Kim Kardashian is back!

The new mom decided to show off her post baby body. She gave birrh to her second child in December.

Recently, she revealed that she wants to lose 30 lbs and gets back to the body she has before having her first kid North West. 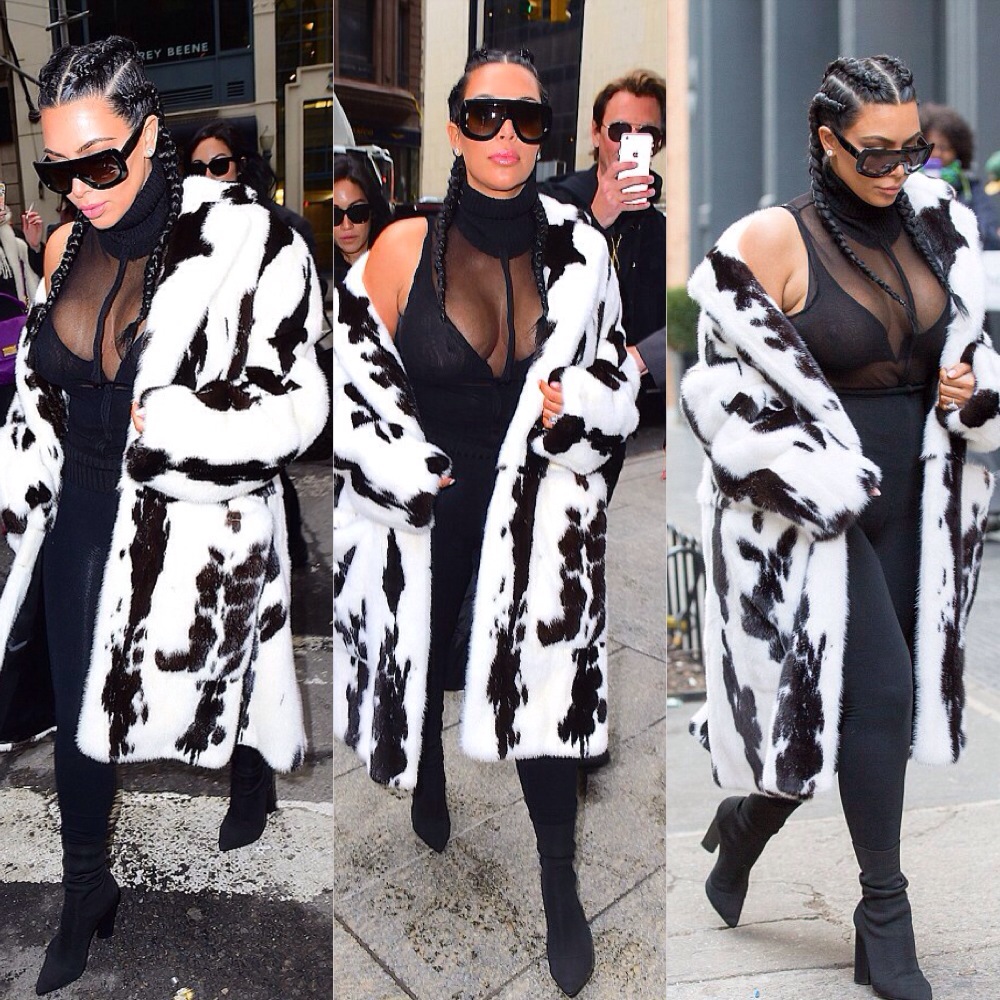 Kim Kardashian finally decided to show off her new body in a very plunging v cut black dress. She exposed her ample cleavage. She was dressed like that to go to the New York Fashion Week.

The reality starlet arrived to a NYFW show with her pal Jonathan Cheban. He was the one who escortes her to a show.