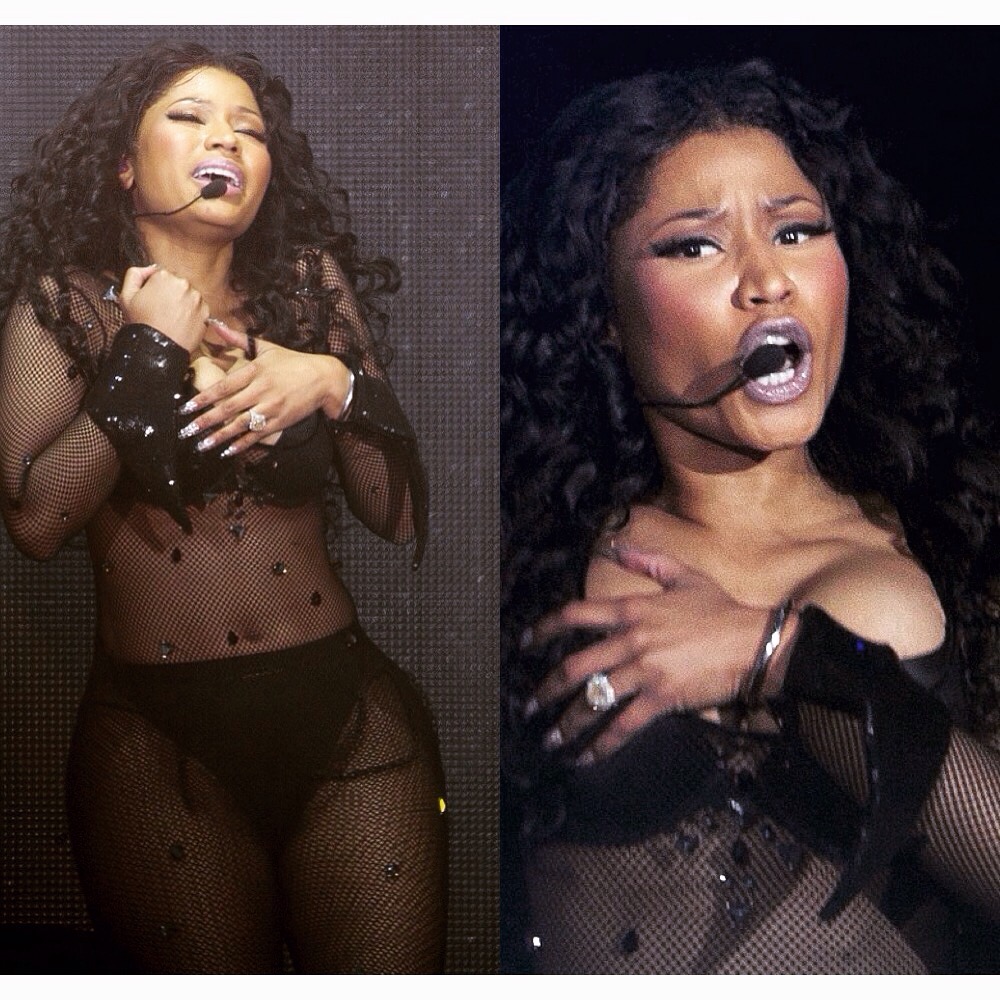 Busty Nicki Minaj bursts out of her satin underwear as she suffers a wardrobe malfunction during energetic Wireless Festival performa
She’s hardly a conservative dresser, so the fact Nicki Minaj will endure the occasional wardrobe malfunction is surely no surprise.
And, almost on cue, that’s exactly what happened when she took to the stage at London’s Wireless Festival on Sunday evening.
In addition to keeping fans waiting for more than two hours, the eyebrow-raising singer also flashed her nipple after busting out of her skimpy stage outfit. 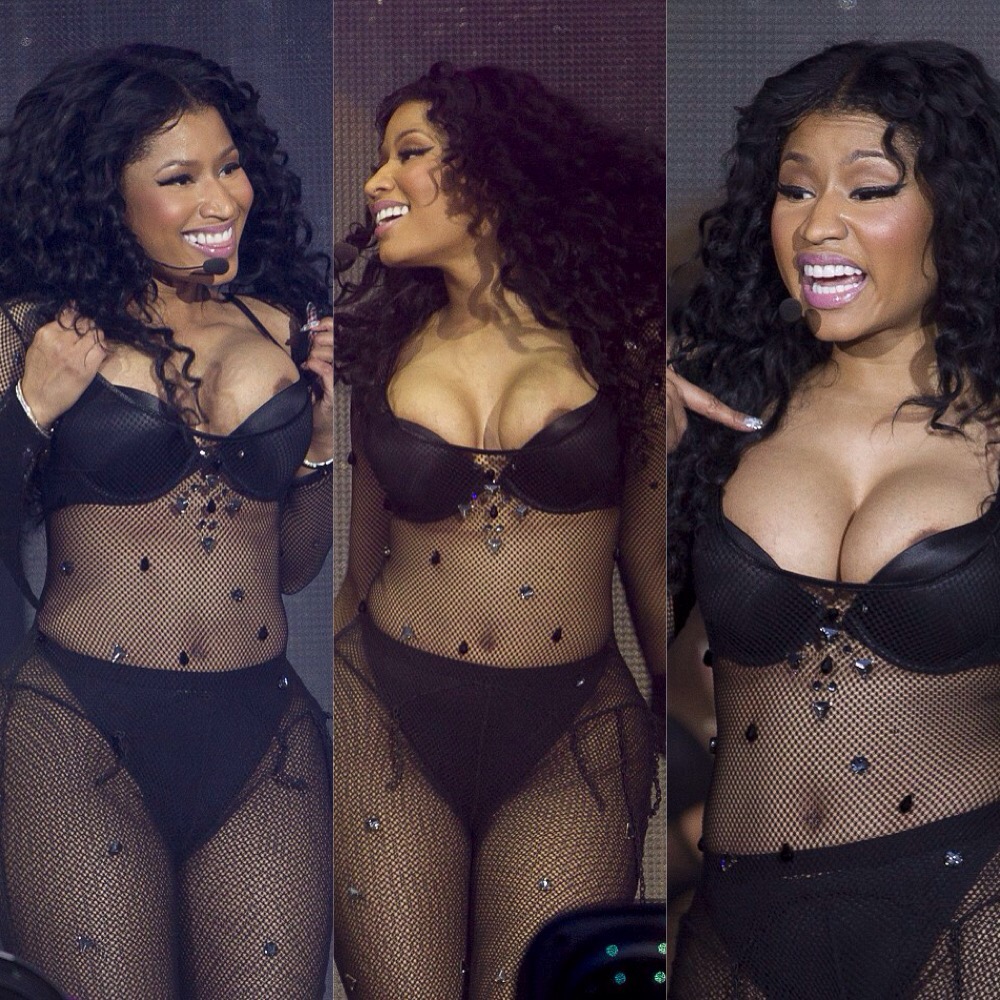 Want to get something off your chest, Nicki? As her satin bra struggled to protect her modesty, her fishnet bodystocking followed suit

But any sartorial slip-up was surely the last thing on her mind after keeping festival attendees waiting for 120 minutes.
Fans were left outraged when Nicki blamed the poor time-keeping on so-called ‘travel issues’.
The 32-year-old rapper was scheduled to take to the stage between 7pm and 8pm, ahead of headliner David Guetta, but didn’t show until well after 9pm.
Derriere on display! The outspoken rapper made sure her world-famous curves were on full display as she took to the stage in just a thong and fishnet bodysuit 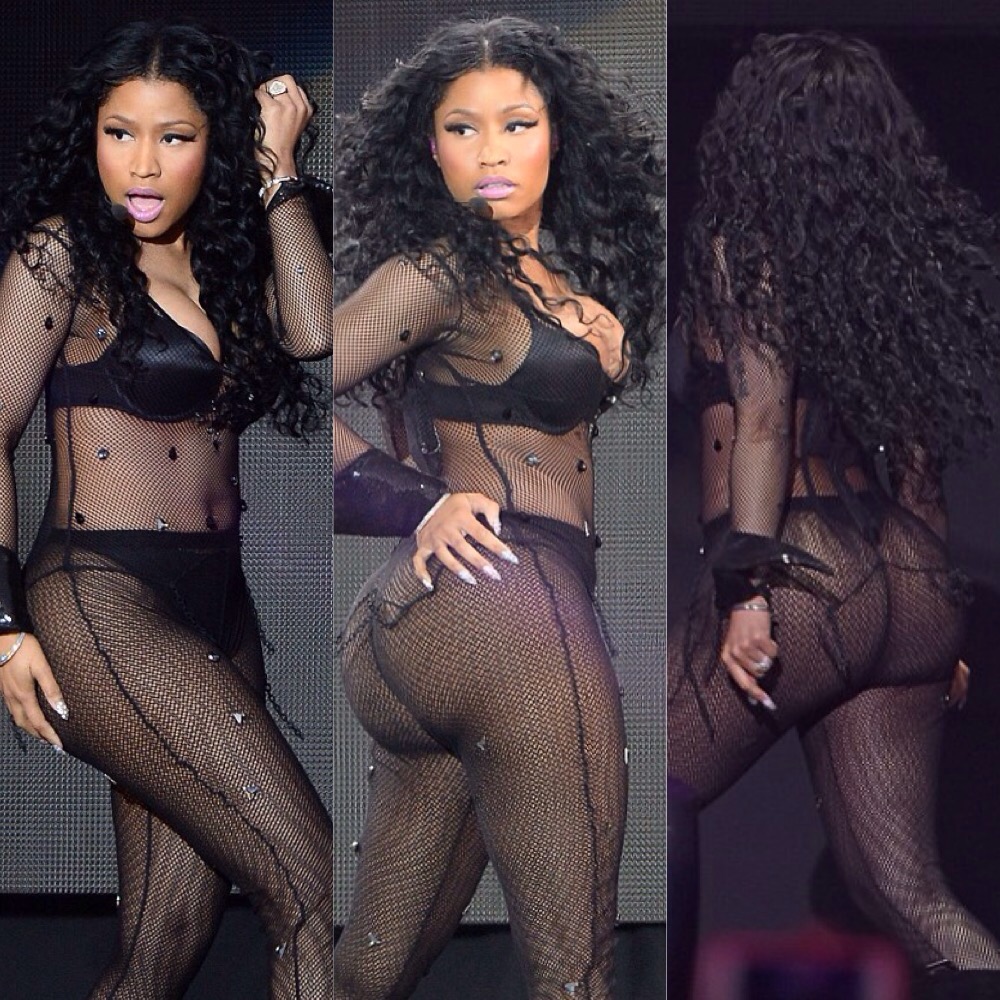