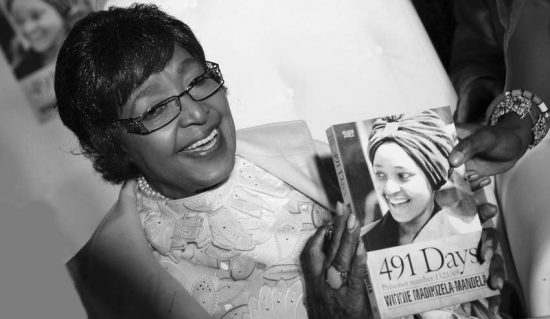 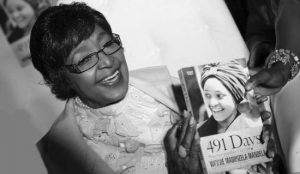 She was fighting that dicease but the dicease finally has carried her away.

She wanted a fair society with equity. She was serving Africa.

We lost a mother, a grand-mother a friend, a partner, a leader, an icon.

Winnie was symbolizing strength, resistance and an everlasting soul of freedom

Winnie Mandela, the former wife of former South African president Nelson Mandela, died at the age of 81 years of “a long illness” sequel, Monday, April 2 at the Milpark Hospital in Johannesburg, announced his spokesman.

She left two children behind her, two daughters:

–  Zenani Mandela born 4 févr. 1959 (59 ans) in south Africa a now is a South African diplomat. She is the elder daughter of Nelson Mandela Winnie Mandela.
– Zindziswa Mandela born on 23 déc. 1960 (57 ans) in Soweto, Afrique du Sud. she is now a politician in South Africa.

Winnie Mandela whose real name is Nomzamo Winifred Zanyiwe Madikizela-Mandela, was born in September 26th 1936 in South Africa. She was a politician of South Africa, an activist, member of ANC. She was married to Nelson Mandela from 1957 to 1996. Then she separated from her husband in 1992. Their marriage last four years later.