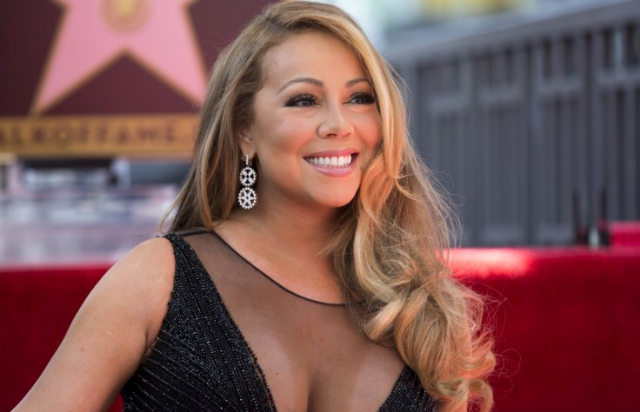 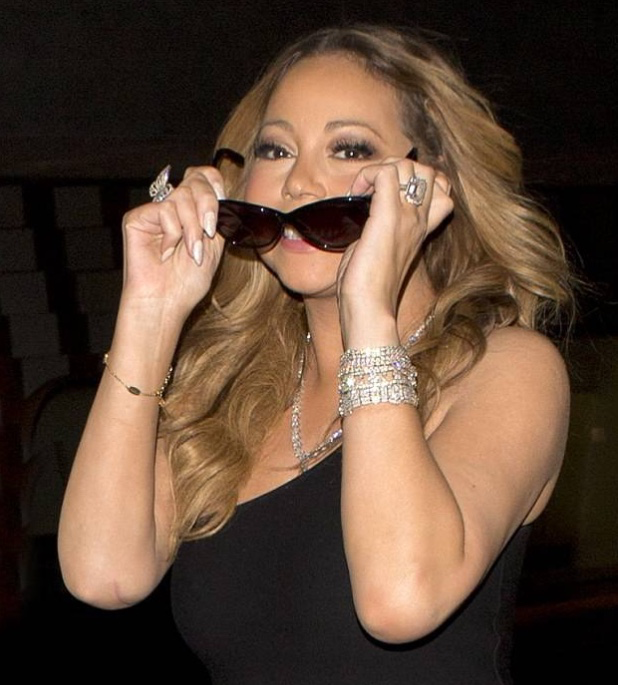 Singer Mariah Carey was invited at the Jimmy Kimmel.she just wrapped her tour in Europe and Africa. Now she is back in Las Vegas where she has to stay to perform almost every night.

Mariah Carey hit California for her promo. She was at Live with Kelly and then had to meet Jimmy Kimmel. The diva was wearing a black gown fortge occasion. 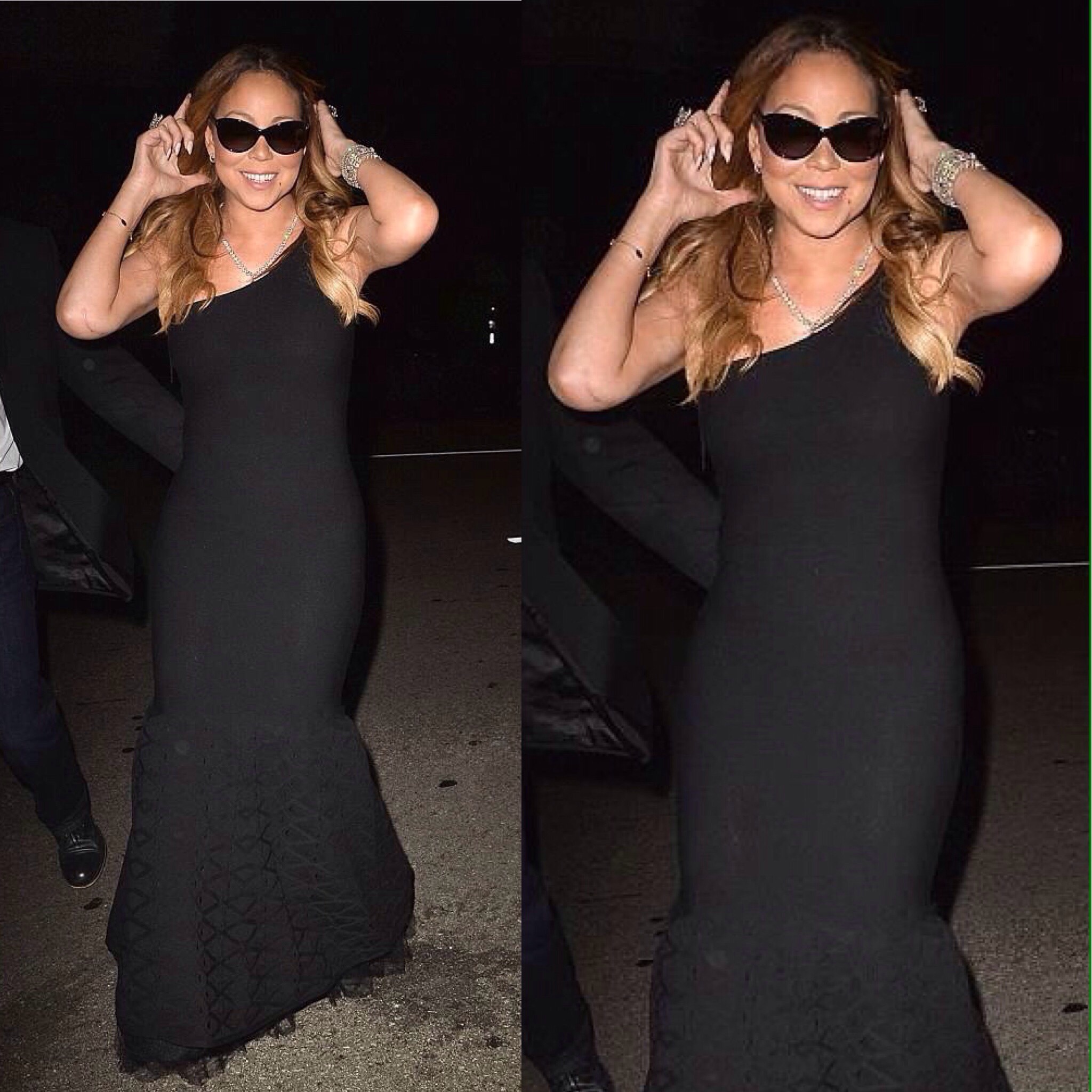 For the event, Mariah Carey pleased herself by wearing two different gowns. Like a diva that she is, Mariah Carey was being helped by bodyguard to walk through. 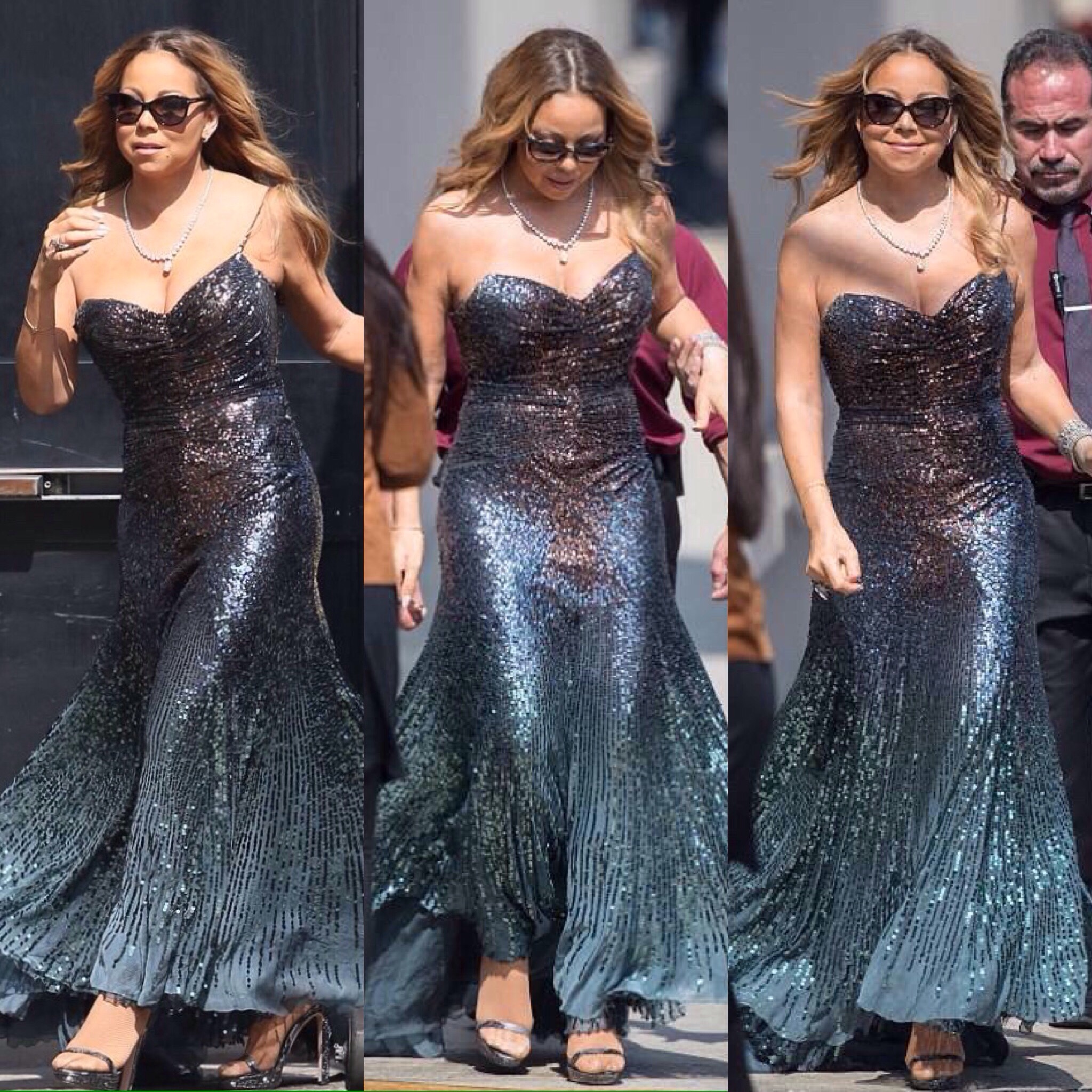 She hides her face behind her huge sunglasses.
Mariah Carey decided to go out with friends to Mr Chow. And she had a little car accident, but thanks God she is doing just fine. Actually she knocked her head on the top her car.

Mariah Carey is a diva and even  diva are human being. Meaning they have to watch out or they can get hurt like every body else.
When asked about her future marriage ceremony,  Mariah Carey said:

I never said it was gonna be a big wedding.

Mariah Carey and Nick Cannon are still tied. They are waiting for the judge decision. Nick Cannon. And her have two children, twins Moroccan and Monroe. The kids are ready five years old.

Mariah Carey has big projects coming.
In addition to planning her upcoming wedding, Mariah just signed on to direct three more movies for The Hallmark Channel.
Her first directorial effort, A Christmas Melody, debuted in December.

And the songbird, who recently wrapped up her tour of Europe and Africa, will return to Las Vegas for her #1 To Infinity residency at The Colosseum at Caesars Palace in June. 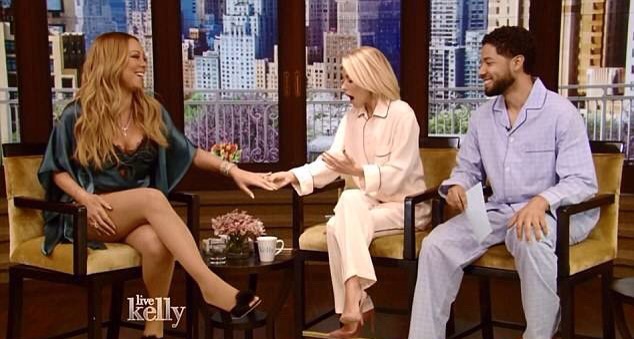 Mariah Carey was also invited at the Kelly’s TVShow “Live Kelly” on ABC. She was showing off her huge diamond ring when asked. 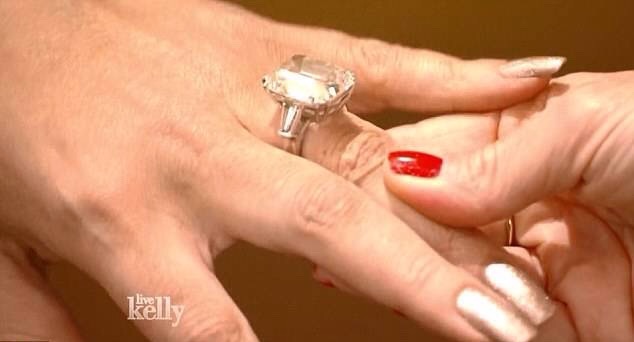 That diamond of Mariah!!!

Day before, Marian Carey opted for a mini dress to assist the Live With Kelly TV Show. 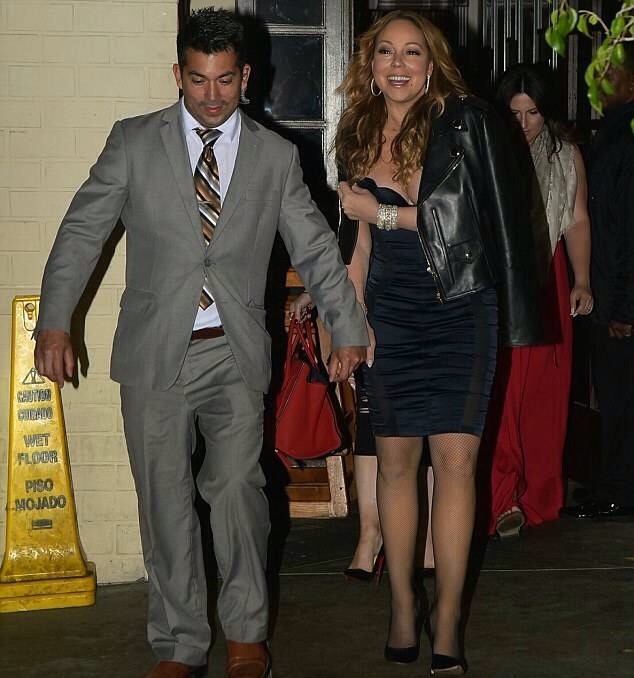 It was a mini dress that shows Mariah Carey toned legs. She also had a malfunction with the same dress because of the plunging décolleté. 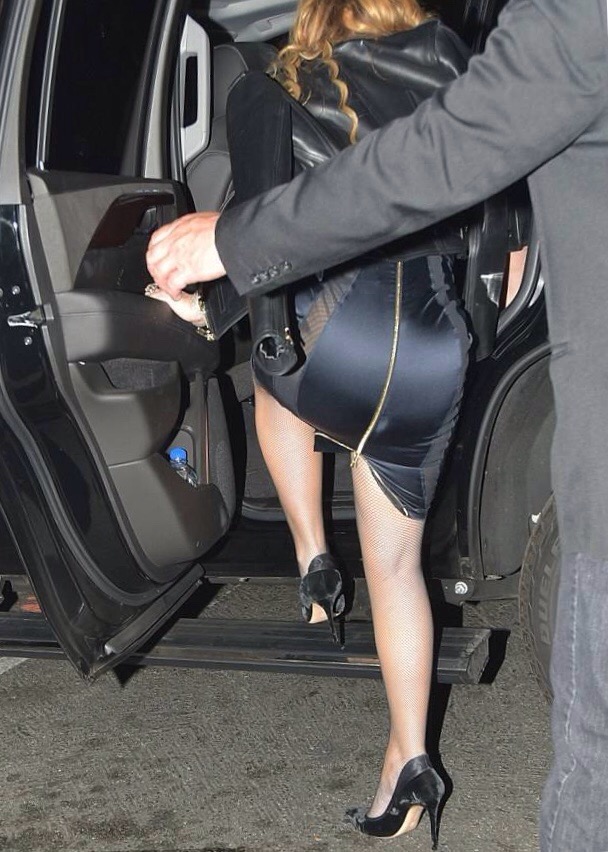 At the end, she kinda struggles to get into her car with the help of one of her assistant.