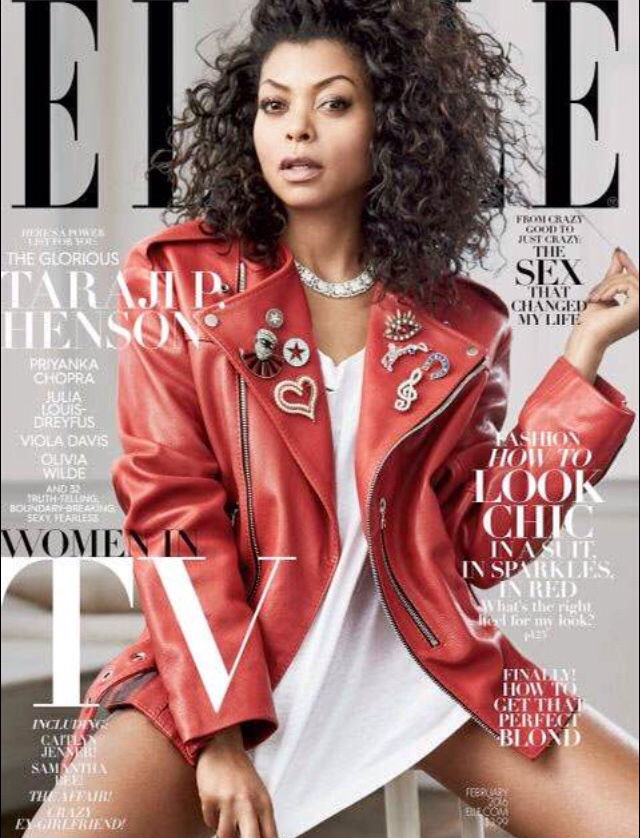 Taraji P. Jenson is on the cover of Elle Magazine so does actress Viola Davis. Each of them shared their experiences on the small screen.

Viola Davis is playing a tough character in How to Get Away With Murder. And Taraji P. Henson is playing the Empire TV serie.

It was very important to me that [Cookie Lyon] not be sassy and neck-rollin’ and eye-bulgin’ and attitude all the time.

Everything she does is coming from a place of fighting for her family. That’s why she’s not a caricature.

Regarding actress Viola Davis, she said she is really happy about her character. She said that she likes the fact that a woman of a certain age is representing a sexual item. She sees her character as an item. It’s not the first time she has those types of words.

Some people think that women of a certain age don’t have feelings, don’t have relationships, don’t habe sexual relations, don’t even have vagina.

It’s great to see these actresses get the attention their television roles and careers deserve. They are two black actresses who are on top of their games. They’re both playing empowering characters roles.

Viola Davis is acting in How to Get Away With Murder and Taraji P. Henson is best known for her character Cookie in Empire.